With two days to go, I have narrowed down my list of Top Picks at this year’s Toronto ComiCon. The three-day event takes over the  Metro Convention Centre from March 20-22. In this short but carefully curated list, I give you some suggestions of places to be at, panels and Q&A sessions, as well as a film screening at the Bloor Cinema. Lots of goodies here!

From the indies to pros, this special area is where you will find all of your favourite pencillers, inkers and writers. This is always a must-see area for me, as I have met some rising stars and others who work the front lines of the industry. Here, you’ll find comics, graphic novels, limited edition prints and best of all, original art and sketches. Definitely do not miss it! 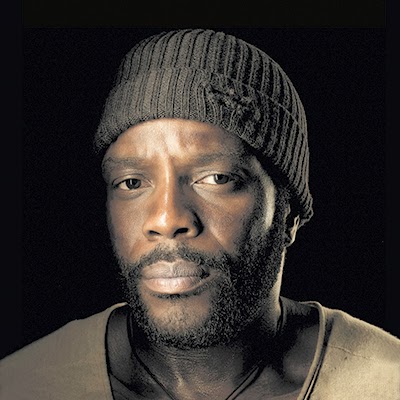 Fans of The Walking Dead already know Coleman as Tyreese Williams. Coleman is an American actor, best known for portraying Dennis “Cutty” Wise on the HBO series The Wire.

These Q&A sessions are often full of interesting trivia and behind-the-scene tidbits on some of our favourite shows.

You can meet Linda Ballantyne (Sailor Moon), Toby Proctor (Tuxedo Mask), Susan Roman (Sailor Jupiter) and Katie Griffin (Sailor Mars). How could I not be excited about this? I was a fan of the original series way back when…

Another fun part of the con is seeing at the artists at work. In this Sketch Duel, we get to see three artists battle it out in front of us, the fans. Best known for his current work on Justice League United, Mike McKone has penciled many major titles including Teen Titans, Fantastic Four, Green Lantern, Punisher War Zone, among others. With a career spanning over 27 years, Tom Raney has done a lot of work! Various notable titles he’s worked on include Thor, Avengers Academy, the Hulk, DV8, Warlock and the Infinity Watch and Warlock Chronicles. Johnny Desjardins (Johnny D) is an up-and-coming comic book artist for Dynamite Entertainment. He started by working for David Finch doing backgrounds on Marvel Comic’s: Ultimatum series. He’s also worked on several covers for books such as Robocop, Kato and The Green Hornet: Blood Ties.

Start the evening with a screening of the 1986 animated feature The Transformers: The Movie. Following the film, Hot Rod, Arcee, Rumble, Unicron, Spike, and a Quintesson take the stage with the power of rock; including the classic The Touch from the film’s soundtrack. OMG one of my favourite ‘toons from my childhood and live music, yes please!

Meet the cast of the hit television series, Defiance. Stars Grant Bowler, Jaime Murray, Graham Greene, Tony Curran and Jesse Rath will all be in attendance to make this a fun weekend for sci-fi fans. Cast members will be signing autographs, doing photo ops and uniting on stage for an intimate Q&A session.

I’d also like to remind you to also stop by the Horror Writers Association booth to chat with author Brian Clement and hear more about his novel The Final Transmission. You can read my interview with him here, for more details.

There are many other panels, sketch duels, Q&A sessions, and of course, many other guests coming to Toronto ComiCon. For full details on tickets, schedule and location go to comicontoronto.com.