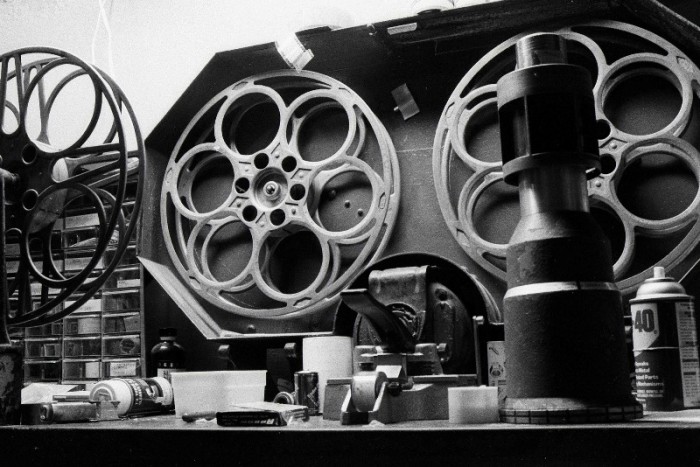 Spread the love
With the arrival of Spring, Toronto is abuzz with the beginning of what I like to call ‘film festival season’. Starting this week, you have your pick. I list here a few of the film festivals that I am looking forward to and that I invite you to attend as well.

HRWFF is one to attend especiallly if you like documentaries. Mainly, this is a festival for those of you, who like me, want to be informed and learn about human rights abuses through storytelling in a way that challenges each individual to empathize and demand justice for all people.

I will certainly suggest at least three films to see at this year’s festival: Beats of the Antonov, The Salt of the Earth, and The Wanted 18. I wrote about Beats… which played during TIFF last year. However if you can attend all the screenings, I would surely encourage that you do.

This is one of my favourites, as it showcases works from local filmmakers in feature and short lenght. I will have more on this festival shortly. But I am definitely looking forward to Mars Horodyski’s first feature, Ben’s At Home, along with other genre films. In the meantime, I suggest you check out their website for details.

Reel Artists Film Festival is the only film festival in North America to focus exclusively on documentaries about contemporary art. How great is this? During three days you can partake more than fim screenings, you can attend talks and events that will shine the spotlight on risk-takers in art from around the world, including daring art forgers, outspoken political cartoonists, and an incomparable patron of the arts.

On my radar are the films, Cartoonists: Foot Soldiers of Democracy and Beltracchi: The Art of Forgery. Both of these have two screening times. Be sure to check out the festival’s website for more information.

Did you know this is the Toronto Nepali Film Festival‘s 6th year? Well, it is! This year, the program for the day includes seven films consisting of shorts and feature length films, both fiction and documentary.

The documentary Who will be Gurkha, which deals with the rigorous recruitment process of the British Gurkha forces in Nepal is one that has peeked my interest. All three sessions have interesting titles, take a look and plan ahead.

Of course, I would not leave out aluCine from this list, as this is their 15th anniversary! The Quinceañera edition of the festival opens with none other than Alejandro Jodorowsky, The Dance of Reality. I’ve seen this film and highly recommend if you are a Jodorowsky fan. Their Shorts For Shorties and Noche Macabra short films series are also looking very fun.

The Great Small Cinemas Of Cuban Female Filmmakers screening and talk is also looking very interesting. There will be two documentary films as part of this screening. For full lineup, and other non-film events, please visit the festival’s website.

For over twenty years, The Images Festival has been the largest festival in North America for experimental and independent moving image culture, showcasing international contemporary media art both on and off the screen.

This year, Images… on-screen programme opens with Tomorrow is Always Too Long. This film is a combination of documentary, musical, animation, and television. Scottish artist Phil Collins uses this combination to create an imaginary media landscape in Glasgow. As well, this year Images… Canadian Artist Spotlight is on cinematographer Iris Ng. Shooting across genres using a variety of film and video formats, Ng has worked on more than 50 productions over the last decade. Some great screenings and events at this year’s festival.

This list of festivals is but a snippet of what Toronto has in store for the next few months. Be sure to check these out, bring a friend, find a new favourite festival, and join in the discussions. And I ask that you stay tuned to this site, and my social media pages, for more updates on other festivals and events.