The Japanese Canadian Cultural Centre’s 6th annual Toronto Japanese Film Festival will be held from June 8 to 28 and features over 20 films including many International, North American and Canadian premieres.

Some highlights of the 2017 Japanese Film Festival include:

The true story of Satoshi Murayama, the shogi (Japanese chess) master who died of an intractable disease at age 29. Satoshi devoted his life to fighting not only the disease but also his rivals, feverishly pursuing the highest title, at risk to his life. Kenichi Matsuyama intense central performance was nominated for a Japanese Academy Award. With Director Mori in attendance.

This film mixes history, comedy and samurai action. A young woman mysteriously time-slips from her Kyoto hotel to the 16th century court of Oda Nobunaga, one of Japan’s most important historical figures, on the night before his final battle and overthrow.

Thirty-five years after its heralded premiere and subsequent disappearance from public view, Tai Kato’s documentary masterpiece Za Ondekoza returned at the 2016 Venice International Film Festival. The film tells the story of the co-founding members of Ondekoza, a group of young musician, living communally in Sado Island who created the Japanese traditional taiko drumming style that has since become internationally famous. Members went on to become the legendary Kodo Drummers of Japan. The film will be introduced by Sado-trained drummer Kiyoshi Nagata and followed by a performance by Canada’s premiere taiko ensemble, Nagata Shachu.

Penniless country bumpkins Lord Naito and his samurai have just managed to complete their ritual visit to the capital when they learn villages and families are under attack from arch-nemesis, Lord Nobutoki. They must hike up their kimonos and sprint across Japan in two days to take up the fight.

All films at the Toronto Japanese Film Festival are screened at the Japanese Canadian Cultural Centre. For full film and event listings, box office information, and schedule, please visit jccc.on.ca. 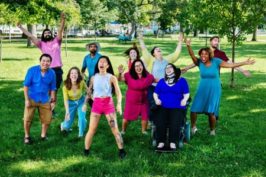