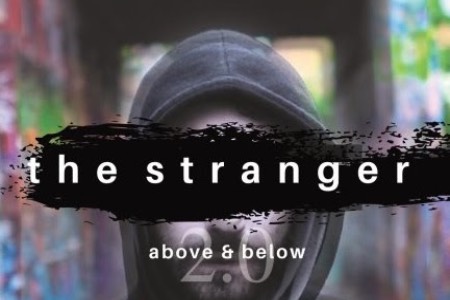 Designed for the first time to include two audience members at a time and featuring an exciting new virtual reality component developed by mixed reality content specialists toasterlab.

I took part in the original version The Stranger 1.0 back in 2014 as part of SummerWorks. It was such a fun experience, I jumped at the chance to ask Bartolini my 5 Questions… about this latest version of the show.

HM: DopoLavoro Teatrale (DLT) is a company you created as a means to explore “new possibilities of audience engagement and further pushing the agency of each spectator in their own adventure.” For those unfamiliar with your work, can you describe how your work engages audiences?

Daniele Bartolini (DB): We make the audience become actors in their experience. They become the motor of the piece. We seek for them to become co-authors of their own adventure. If in more traditional theatre, you’re asked to be a spectator or receiver, we ask you to be an acting partner during the scene you are generating together with the actor. In our shows, you can find yourself dancing in the streets of Toronto or painting in the basement level of an industrial space. We call our work “audience specific” because it relates to every individual differently.

HM: Back in 2014 you brought The Stranger (its original version) to Toronto. In that version, a single audience member became a protagonist of a multi-sensory experience. You also toured across the world with the show. What was the reception to the show, locally and abroad?

DB: From Europe to India, to Toronto and Vancouver, the reception of the show was extraordinary and I didn’t quite expect that. We didn’t know what we had done when we first opened the show. Being that the work is so specific to every person, I would have expected some different reactions, but the feedback we received was almost always the same one: I can’t believe what happened to me and that something like this could exist. I felt alive and connected with the city and people as I never did before.

HM: In this latest version, The Stranger 2.0, you have changed it to include two audience members who will follow strangers at a secret location then become part of the experience. Can you hint about what audiences can expect from this dual interaction?

DB: The show is designed for up to 2 audience members at a time, but you can also take the journey on your own. I normally don’t reveal anything about the show because the less the audience knows, the better. But I can say that this version of the show has changed a lot. There are fewer interactions in the streets and more indoors, and both journeys (above and below) have moments of pure fun, meaningful conversation, multidisciplinary interactions, and introspective and elevating moments.

HM: In The Stranger 2.0, audiences can choose from two independent journeys: above & below. How did you decide on the location for each?

HM: For this show, you are also including a digital VR interaction developed by the boundary-pushing team at toasterlab. I’m curious about this collaboration; please share about how VR enhances The Stranger 2.0?

DB: We’re interested in seeing how new technology can be integrated into this medium of theatre, which is very human. This show is about the next step for us as a company, what’s the future of storytelling? Where can we go next and how can we keep reinventing the theatrical form?

The Stranger 2.0 continues on the streets of Toronto until September 29, 2019 with a new cast, new scenes, new locations, and a choice between two independent journeys: above & below.

Starting points for The Stranger 2.0: above and below are a secret location around in Midtown west. Tickets holders will be notified by email of the exact meeting point 24 hours before their show time. 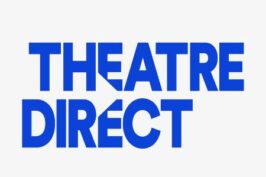