Richelle Charkot is a freelance journalist and film programmer residing in Toronto, Ontario. I got to know Richelle as a programmer at my neighbourhood cinema, The Royal Cinema.

In a span of a year at the Royal, Richelle has been keeping very busy with other passion projects. Get to know Richelle and her many projects as one of Toronto up-and-coming writer and film programmer.

HM: Tell us a little bit about yourself. What are some of your favourite films and books that have inspired your career thus far?

Richelle C: I’m a freelance journalist and film programmer based out of Toronto. I currently write for Rue Morgue Magazine, Broken Pencil Magazine and Eye Myth Film regularly, but I’ve contributed to [other] publications over the years.  I’m the programming & marketing associate at The Royal Cinema, where I combine social media managing and press relations for promotion, and I also do a monthly film series out of the same cinema called Retropath!, which specializes in retro-bizarre films, with a unique curated lobby pop-up preceding each screening featuring local artists with work for sale. I also work for Ultra 8 Pictures, where I’ve had an opportunity to learn more about the process of production.

I used to be a social service worker in Hagersville, Ontario, which was a considerably different career route than the one I’m on now… I was working in palliative care, so I saw a lot of death basically every week, and it was hard to not take that pain home with me. I inevitably decided to make a change and pursue writing, because it’d always made me happy in the past.

Some favourite films that immediately come to mind are Watership Down (which I first saw when I was supremely young, and of course, it mortified me), Phantom of the Paradise, Possession (1981), Society, The Shootist, Miracle Mile, The Apartment, Ladri di Biciclette, All That Heaven Allows, and The Wicker Man (1973). I compulsively read everything that John Waters has ever written, and also just about as much true crime as I can find. Lately I’ve fallen down this rabbit hole of reading the weirdest books I can get my hands on: generally involving cults (I just finished Michelle Remembers and it was fascinatingly ridiculous), the macabre, or UFOs, because I’m just attracted to the general absurdity… As far as how these works inspire me, it all stems from this compulsion to talk about film basically all of the time, and unfortunately for me, not everyone wants me to sit in front of them… in fact I would say most people don’t – haha! I decided instead to just take that energy and write it down, put it into the ether, and if anyone wants to read it, then that’s wonderful.

HM: You are a writer and film programmer. How do you these roles complement each other an your work?

RC: Being involved in both worlds gives me really necessary practice, because like anything in life, it’s all a learning process. Sometimes I look back at reviews I’ve written even two years ago and it makes me cringe, and I’m sure a year from now I’ll look back on something I just wrote and hate it, but I just have to forgive that and keep learning and moving forward. Being a writer and a programmer at the same time allows me to look at why a film works fundamentally, but be critical enough to ask what moments would resonate with an audience experience – what is memorable, funny, touching, visually interesting, etc. Some films are wonderful but may not work in a certain environment, especially if I’m trying to establish a specific tone in as a series programmer.

HM: How did you get your first start as a film programmer?

RC: I was a couple of months into being the programming & marketing associate at The Royal at the time, and I formed a great working relationship with the head programmers. They got to know what kind of movies I loved and saw that I had a certain excitement about my favourite choices, so they offered a series to me for that February of 2016, which happened to also be on my birthday. It was hands down one of the best birthdays ever: I screened The Tingler to a large audience that responded so well to the film — they were giggling, screaming — it was great. I was nervous because at the time I was petrified of public speaking, but I think that my bosses knew how important it was for me in my career to not just be a name on paper, and also be in a public platform for people to get to know me as someone who works in film, and them offering the series to me gave me the necessary push to jump right in and not worry about if I stutter in front of an audience, because like I said before it’s all a learning process and I’ll only get better at it the more flight hours I put in. It’s been great experience so far, I’m already pretty excited about some stuff that I have lined up for this year. This month, on January 26, I’m screening Bob Balaban’s Parents, which I’m really hoping does well because it’s such a special little dark, eccentric movie. Also, it stars Randy Quaid!

HM: You also have a monthly series at the Royal, Retropath!, which is very popular. What do you look for in a Retropath film?

RC: Thank you! I think that in my first year of programming I wanted to stay in a fairly well known range: either something people know and love, or perhaps, something that people have certainly heard of, but maybe haven’t seen. Especially with films like Faster, Pussycat! Kill! Kill! or Head, which I screened last summer — they’re both really well known, but they hadn’t been screened in Toronto for years. I’m attracted to peculiar things that gained (or deserve) critical importance. A movie like Them! is a beautiful, very honest and human film about fears of the era manifested into giant monsters, or a really fun movie like X: The Man with the X-Ray Eyes is captivating in its silliness – one of my favourite moments so far as a programmer was hearing people giggle when Ray Milland sees a whole party of people dancing naked because of his x-ray vision. Honestly, its just a showcase of movies I’ve excitedly yelled at people in bars about, basically – haha!

HM: What major plans do you have for 2017… where should we look for you this year?

RC: I’m in the process of writing my first book! This past summer on vacation I watched a bunch of episodes of a ’60’s American sitcom, and I started to realize how progressive some of the episodes were, considering at the surface looks like just another show depicting a perfect American dream, with a new car in the drive way every week and only one working member in the house. But yet, it’s got this slight skew that makes in interesting. It’ll be a lot of work, but I’ve [always] wanted to write a book, so I’m sure I’m ready to put in the effort.

Also – I’m very excited to be programming for Eye Myth Film Festival this summer, it’s an experimental showcase of shorts, and it’s going to be really fun. It’s my first experience with festival programming, which is something I’ve wanted to dive into for a while now, so I’m thrilled for the opportunity…  The festival will have its inaugural year on June 23-24, 2017 at Double Double Land in Kensington Market.

I am also the co-creator of a horror fiction zine called “slices”, which I started with my creative partner, Emily Gagne, which is currently available at two stores in Toronto: Eyesore Cinema and Silver Snail Comics. This zine will be around every couple of months as we’re both pretty busy gals, but getting back into writing fiction has been really important to me, especially with my love of horror thriving, it’s fun to get the chance to self publish some of my own stories.

With all these great passion projects and film programming, there is not doubt this year will be fun and busy for Richelle. For those of you who have yet to attend a Retropath! screening, I highly recommend you do so this month. For more details about Richelle and her work, visit her website at richellecharkot.com. 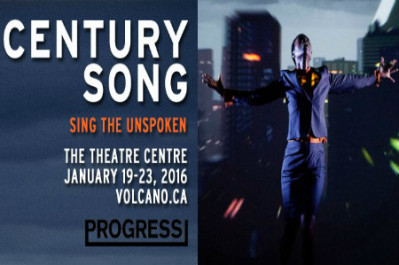