Comedian Norm Macdonald hosted the 2016 Canadian Screen Awards (CSAs) live on CBC from the Sony Centre for the Performing Arts in Toronto, where 39 CSAs were presented to winners from across the country, it was announced by the Academy of Canadian Cinema & Television.

“Tonight we congratulate and applaud all of the 2016 Canadian Screen Awards’ nominees and winners,” Academy Chair Martin Katz. “Through your skill, artistry and talent – you represent the cultural infrastructure of our creative economy. We are all very proud of you.”

Highlights from last night’s winners include: Martin Short was honoured with the Lifetime Achievement Award The CSAs are always a reminder of the importance of supporting local talent. Last night, highlighted the extent of great talent in Canada. 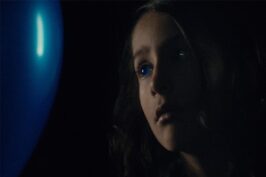