Mexican Tzotzil director Xun Sero‘s first documentary feature, MAMÁ (MOTHER), premiered at Hot Docs last month to great reviews. In the film, Xun creates an open dialogue with his mother, Hilda, which allows them to confront their past with honesty while also finding a sense of understanding and forgiveness.

Growing up without a father, Xun often blamed his mother for the paternal absence in his life. As an adult, he came to realize this placing of blame on his mother became his first act of violence against the feminine and his own mother.

Societal pressure and shame prevented his mother from speaking about the realities of violence in her childhood and within her partnership with the director’s father. Guided by the desire to understand who his mother is, Xun has created an incredibly sensitive film where both mother and son finally have a chance to speak openly in an effort at self-discovery.

I found MAMÁ to be an incredibly moving film in that both Xun and his mother allow moments of vulnerability but also strength to come through. As children we sometimes we forget our parents have had their own life filled with experiences – good and not so good – that have impacted them in various way. I truly found the way Xun films his mother, Hilda, as a mother but also as a very powerful and beautiful human being, incredibly powerful. At the same time, he allows us to see how he comes to appreciate many things about his mother. It is a privilege to witness.

Below I share my conversation with Xun in Spanish (Castellano). We talk about about his career trajectory, the idea for this first documentary feature, and working with his mother on this very personal project. 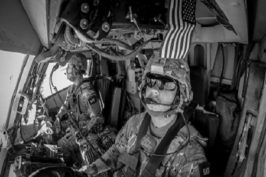