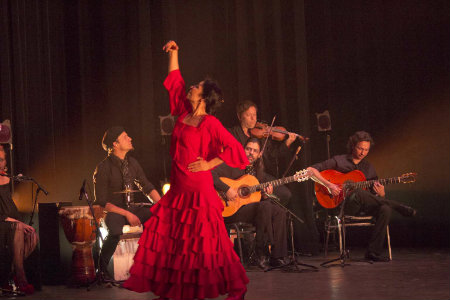 Esmeralda Enrique Spanish Dance Company (EESDC) celebrates its 35th Anniversary with An Iconic Journey: A Celebration of 35 Years which runs Friday, May 5 to Sunday, May 7 at Fleck Dance Theatre as part of Harbourfront Centre’s NextSteps series.

Artistic Director Esmeralda Enrique founded her award-winning Esmeralda Spanish Dance Company as well as her school, the Academy of Spanish Dance, in 1982 in Toronto, and thus began her journey of cementing her reputation as Canada’s premiere flamenco artist.

Valued for its important pioneering contribution to the development of flamenco in Canada the Esmeralda Enrique Spanish Dance Company stands on the pillars of traditional flamenco singing, dance and music while beautifully balancing classic flamenco with a contemporary aesthetic.

Enrique marks her company’s 35th Anniversary with a presentation that honours EESDC’s significant accomplishments with re-imaginings of past works while it looks to the future with fresh new creations.

An Iconic Journey showcases the consummate artistry of EESDC with a myriad of flamenco dance styles including farruca, guajira, taranto, zapateado and alegrías.

Highlights From This Year’s Program Include…

The world premiere of ¿Que Es El Amor?, choreographed by Ana Morales, is a lyrical and high-energy flamenco work for four dancers that features ankle-length skirts, allowing the very precise footwork to be easily seen and uses beautiful mantones (embroidered, fringed shawls) throughout.

Esmeralda Enrique’s world premiere piece for six dancers, Latidos, is inspired by a short work from her 2004 success, Queen of the Gypsies: A Tribute to Carmen Amaya.  This percussive work includes unusual footwork, cajones, canes and castanets. It reflects the sounds of crashing waves, heartbeats and the passage of time.

Arroyo de la Miel, a guajira choreographed by Esmeralda Enrique, is the name of a town in Spain that translates as Honey Creek. From 2012’s Aguas/Waters, it features Ilse Gudiño and Noelia La Morocha, visually stunning in yellow batas de cola (dress with long ruffled train) and large fans as they conjure a golden grace, full of light.

Juan Ogalla co-choreographed, with Esmeralda Enrique, the group finale for Aguas/Waters, entitled La Marea (The Tide); now reworked. With an added new solo choreographed and performed by Ms. Enrique, this alegrías showcases beautifully the rhythmic virtuosity of the ensemble.

Throughout the program, dancers alongside excellent musicians and singer Manuel Soto will mesmerize with their thrilling sounds as audiences. Come ready to shout Olé! 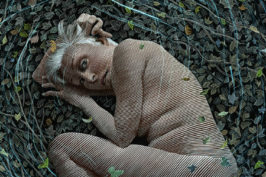 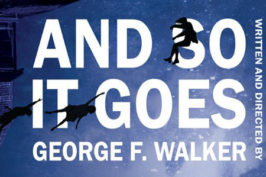 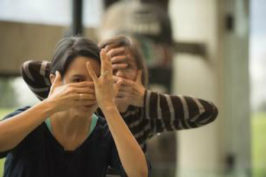