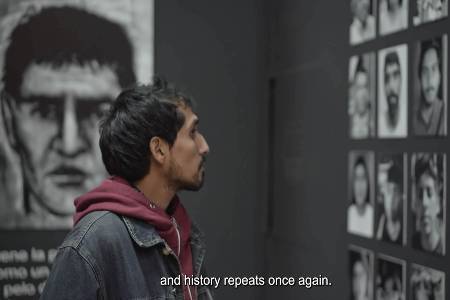 This year, Hot Docs sheds a spotlight on documentaries from Chile. The Chiledoc selections include Daniel Díaz‘s ON SUSPICION: ZOKUNENTU (BAJO SOSPECHA: ZOKUNENTU).

Narrated in Mapudungun, the language of the Mapuche people, the film is a journey through the works of the celebrated Mapuche visual artist Bernardo Oyarzún from Daniel Díaz’s perspective, his nephew, who proposes a reflection on identity, spirituality, territory and racial justice in contemporary Chile.

In the 1990s, Bernardo was arrested on suspicion of jewelry theft. Although he bore no resemblance to the actual thief, he was profiled solely based on his Indigenous identity. This is what it means to be Mapuche in the city. A similar story is also part of Daniel’s maternal grandfather, who was also suspected of a taking jewerly from a house he once worked at. Again, a victim of profiling by the local police authorities.

Through archival footage, including personal recordings by Bernardo, Daniel begins to explore his family’s Indigenous roots and history as well as his own. Over time, Daniel realizes the importance of reconnecting to his Indigenous roots, traditions, culture, and language – in part also thanks to the very powerful and poignant artwork his uncle Bernardo has created since that encounter with the police in the 1990s.

A powerful and very personal film, ON SUSPICION: ZOKUNENTU, reminds us of the importance of reconnecting with our roots but also with ourselves. The film also emphasizes the need for Indigenous communities to represent themselves and share their stories.

The film screens one more time at Hot Docs on Saturday, May 7 at 12:30pm EST. 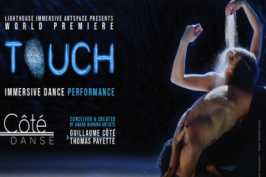 In The City: ‘TOUCH’ by Guillaume Côté & Thomas Payette 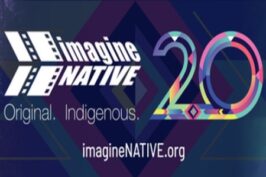 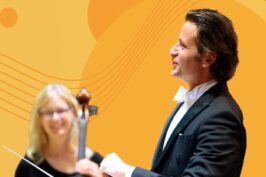