The ensemble cast drives Crisis and make it stronger, in my opinion. No one character stands out more than the other, which makes sense, since they are all fighting against the same ‘evil’. In true thriller fashion, the film’s pacing is fast and keeps one engaged in the stories. My shout out goes to editor Duff Smith for putting together a film that complements each of the characters’ stories while also keeping the audience’s attention through its entire duration.

Although the film contains multiple stories, they all connect at the end in an effort to provide a bigger picture about the opioid epidemic.

I also spoke with Crisis director and writer Nicholas Jarecki, who provided a lot of insight into the making of the film along with other interesting aspects about his filmmaking process.

Crisis is currently available to stream on all major digital platforms. 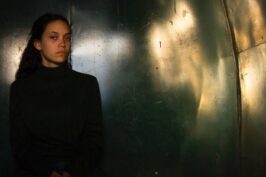