This is part two of my first experience attending various panel at Female Voices Rock Film Festival this year.

Adrion’s debut feature, HALF THE PICTURE, celebrates the groundbreaking work of women film directors and had its World Premiere at the Sundance Film Festival in 2018. Lipman is an Emmy Award-winning filmmaker and produces creative content for film, television and live events. Lipman’s recent work includes Netflix’s DEVIL AT THE CROSSROADS, and HBO’s BECOMING WARREN BUFFETT.

The discussion with Adrian and Lipman provided some interesting details about the ins and outs of documentary filmmaking. They pointed out the intricacies of procuring funding, producing, filming, and post production. They also discussed the need for more womxn making impactful documentary films.

She also discussed the key things you need to know about your brand and how you can make it work for you. Even it this workshop was aimed at creatives and filmmakers, the information can be applied to anyone whose work relies on the use of social media platforms to connect with others and build networks.

This conversation about breaking into genre filmmaking with Jordanna Guarino, VP of Development & Programming at Blumhouse Television, was also quite informative. Guarino was interviewed by Catherine Delaloye.

Guarino was very candid and generous with tips for anyone interested in working in genre filmmaking. She emphasized the need understand your brand and building your network. She also reminded everyone in attendance to ”be bold & ask what you want.”

What about the final girl trope… will it be retired? Guarino explained she does not think it will be retired per se, but it may change/evolve. She also mentioned how women do not always have to be heroes. There is a need to spotlight that we’re complicated (representing complexity) in genre, and all films in general.

Quite enjoyed this panel with D’arby Rose, Ruth Du, and moderator Naomi Snieckus. The major topic was about women creating visibility for diverse and inclusive communities that are otherwise lacking in representation in the film industry.

A lovely and genuine discussion about what community means to each panelist. Rose mentioned how her group teaches workshops about building your money folder/film funding, boundaries, writing, among other skills.

Du pointed out that regardless of your role in the industry, you need to ensure people have the skills to do the job right.

Nice to hear the personal aspects of community, community-building in the film industry from both Rose and Du. It was also nice to see Snieckus, a fellow Canadian, in this panel. 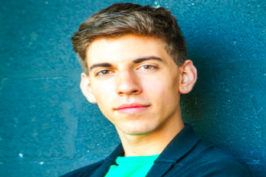 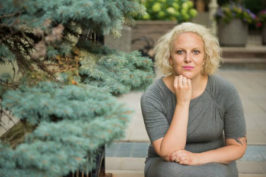 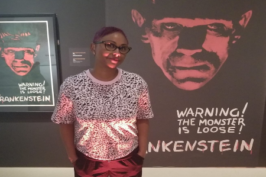