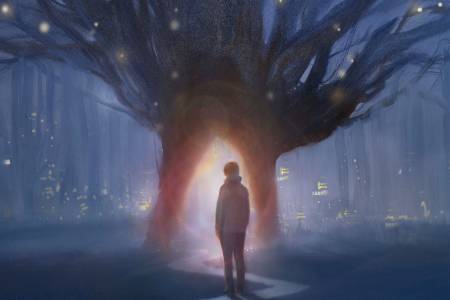 The Other Path, an original audio drama series from Odyssey Theatre premiered this month with new episodes airing every two weeks. It is the first fantasy audio drama for adults created by a Canadian theatre company.

Laurie Steven, Artistic Director of Odyssey Theatre, created and directed the series. Her aim is to empower performance with a view of the world through the lens of folklore. She believes this approach will inspire audiences to give greater consideration to timely, compelling and sometimes controversial topics.

Laurie has worked with five authors, producers and actors to create each episode of The Other Path. The first play, The Witch’s Circle by Emily Pohl Weary, has already been released. The next play, Double Trouble by Marty Chan, was released this week.

I had the opportunity to speak with Laurie and Marty to talk about producing and writing for The Other Path, respectively. They shared some great insights and thoughts about storytelling, audio dramas, and more.

Be sure to tune in to the upcoming episodes of The Other Path in the next few weeks. I also recommend joining their list of virtual events in relation to each story release.

In The City: Sensory Experiences