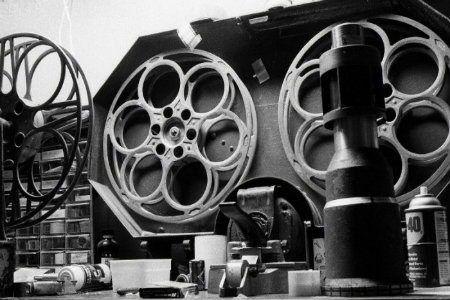 The Summer heat continues in Toronto. For those of you who need a break from the heat, or simply want to head to the cinema, I have a list for you this weekend!

Beginning today, Hot Docs Ted Rogers Cinema will host a limited theatrical engagement of Miss Sharon Jones! from two-time Academy Award winner Barbara Kopple, following the courageous R&B star Sharon Jones over the course of an eventful year in which she received a cancer diagnosis and debuted a hotly-anticipated new album. Jones is no stranger to challenge, for years her music career struggled as she was kept in the wings by a music industry that branded her “too short, too black, too fat.” But after decades of working odd jobs, from a corrections officer to a wedding singer, Jones emerged triumphant as the lead singer in The Dap Kings and is irresistible in this upbeat and lovingly-drawn portrait.

Miss Sharon Jones! screens at Hot Docs Ted Rogers Cinema from August 19 to 25. Whether you are a fan of Sharon Jones, like myself or not, this is a not-to-be-missed documentary. Sharon Jones is not only a musical gem; she embodies strength in many forms. I had the pleasure of seeing the film at TIFF last year, and met Miss Jones herself. I left feeling inspired and grateful to be in her presence.

Tickets can be purchased at the Hot Docs box office (506 Bloor St. W.) or online at hotdocscinema.ca.

Royal Stompbox is back with a presentation of Ralph Bakshi’s 1981 animated opus American Pop. Called the crown achievement from Bakshi, American Pop traces the rise and growth of American popular music through the 20th century, as reflected in the lives of four generations of a Russian Jewish immigrant family hustling for success in the music biz.

On Saturday and Sunday, August 19 – 20, The Royal will screen Taika Waititi’s Hunt For The Wilderpeople.

Rebellious kid Ricky (Julian Dennison) and his foster father, Hec (Sam Neill) mistakenly become the subjects of a manhunt after they get stranded in the New Zealand wilderness. A hilarious film, Hunt For The Wilderpeople reminds us about the journey that growing up is (at any age) and those who help us along the way. This is one of my favourite films this summer. You can read my review here; I highly recommend this film for the whole family.

*If you’re adventurous I’d suggest Belladonna of Sadness, also at The Royal this weekend. Be advised: mature subject matter, psychedelic vibes, and lost of beautiful animations. For other films, advance tickets and info, visit theroyal.to.

If you’re near the TIFF Bell Lightbox, I would suggesting seeing Kazik Radwanska’s How Heavy This Hammer. Toronto-based Radwanski follows his acclaimed debut Tower with this intense, close-up character study. A married father of two nearing middle age, Erwin (Erwin Van Cotthem) finds the only outlet for his shapeless, sublimated rage in online gaming and violent rugby action. Withdrawing further and further into his own world, Erwin is conscious of and frustrated by his stunted existence, but unable or unwilling to pull himself out of his rut. The film is receiving some positive reviews thus far.

Also at the Lightbox, we have Hirokazu Kore-eda’s Our Little Sister. Adapted from the bestselling serialized manga Umimachi Diary, the new film from Kore-eda (Like Father, Like Son) is a deeply affecting drama about a fractured, all-female family. After their estranged father’s death, three twentysomething sisters discover that they have a teenaged step-sibling whom they had never known of. Taking the shy young girl into their shared home, the sisters find their long-suppressed memories of their unhappy childhood stirred — and the painful past becomes fully present once more when the mother who had abandoned them suddenly reappears after 15 years. I have also heard from friends and read reviews that

Both films screen at the Lightbox until August 25. For screening times and tickets, visit tiff.net. 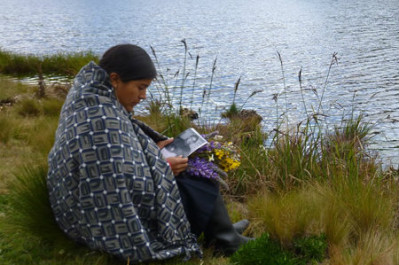