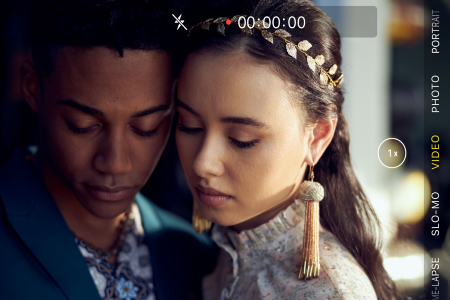 Told entirely through social media and smartphone screens, this latest and bold adaptation of Romeo and Juliet reinvents one of the world’s most popular love story.

Mixing text messages and Shakespearean dialogue, R#J takes us into the love language of the 21st century, where GIFs, Spotify playlist exchanges, and Instagram profiles kindle romance and emphasize moments of vulnerability.

As it is set in the original text, in a town named Verona, a war as old as time brews between rival families—this time, this war is being captured in a new way. Montague and Capulet Gen Zers are using their cell phones to document the eruptions of violence plaguing their communities.

In the middle of it all, Romeo (Camaron Engels) discovers Juliet’s (Francesca Noel) artwork at a Día de los Muertos party. He soon finds her artist profile on Instagram, follows her, and to his surprise, she sends him a message (DM). From there, they have an instant connection. They meet that night spontaneously, and fall in love like young people do, almost instantly.

As tensions between their families escalate, they find out they each belong to the ‘enemy’ family. After Juliet blocks him on all social media platforms, she realizes Romeo is not a bad person. She unblocks him, sends him a DM, and they resume their virtual exchanges. Through texts, Spotify playlists, and Instagram posts and DMs, the two desperately search for a way to escape their destiny.

Both Engels and Noel portray their respective characters fully. Their performances remind us of what is like to be young, in love, and defiant of anyone and anything that stands in our way. The intensity and urgency of their romance is communicated clearly on all platforms. It also does not hurt that they also look beautiful on screen.

Although the entire cast gives it their all. Two standouts are Romeo’s close friend Mercutio (Siddiq Saunderson) and Juliet’s cousin Tybalt (Diego Tinoco). Saunderson’s performance is intense, as is Tinoco’s in his own way. When these two characters ignore their friends and families’ pleas and end up in a duel, it does not end well. Really enjoyed their portrayal of these two Shakespearean characters – be it in 16th century English when they are face to face, or via social media videos.

Director Carey Williams described “What was most interesting… was how these apps could reveal character. They could tell a story by how we roll them out or how the characters use them in the film. Different apps allow you to do different things storytelling-wise.”

I would agree with this observation. All the various apps work, in my opinion, in giving us more details about the characters. The apps also place us in today’s context. We see how live feeds and daily posts can become problematic, deadly even, but also expose honest feelings and vulnerabilities.

R#J is a Screenlife film, which means audiences can see the action play out from the point of view of the smartphones used by the characters. I was unsure how this work out, but I think it does a good job in this story. For some, this type of filmmaking may seem incongruent or ‘too much’ for one to follow. I think it makes this story accessible to young people of today, since it is using the vernacular and the same apps in use right now.

I also want to extend a shout out to director of photography Diego Madrigal. The scenes where characters interact in person are vibrant and energetic in nature. Also kudos to editor Lam T. Nguyen on doing a great job in working with Williams to create a film that still gives us the romance and drama of the Bard’s original story, while also reminding us of the good and bad that social media, technology and the internet can bring forward.

Even if at first I was unsure of where R#J would go, soon enough, I let go of any expectations. I was and continue to be pleasantly surprised at how much I enjoyed it. I am curious to hear what wider audiences think of the film. I am also hoping we get a Spotify list of all the music in the film sometime soon. 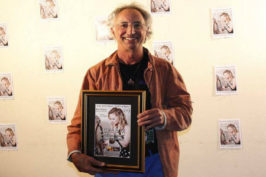 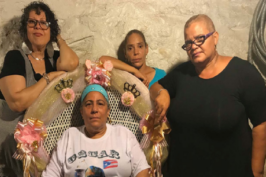 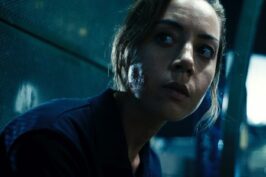 In Review: ‘Emily The Criminal’ by John Patton Ford