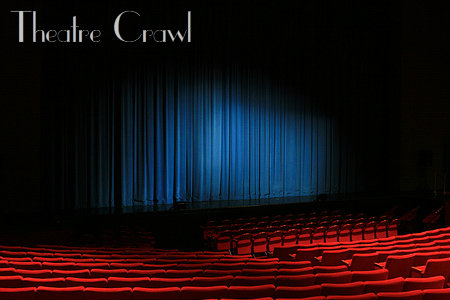 With theatre season continuing in Toronto, it is time for another edition of this personally curated Theatre Crawl listing. The variety of shows currently on-stage include reinterpretations of Shakespeare, and also works based on Robert Munsch’s stories.

Ravi Jain’s reordered, reconstructed and bilingual Prince Hamlet features a gender-bending, cross-cultural cast which illuminates the contemporary relevance of the 400-year-old play.  Not yet two months after the death of his father the King, his mother has remarried and Prince Hamlet struggles to understand the world they live in. The ghost of his father directs Hamlet to avenge his murder, but is that the right thing to do? What is Hamlet’s responsibility? How does someone exist in a world that is not their truth?

Sound of the Beast
Written and performed by Donna-Michelle St. Bernard
with ASL components by Tamyka Bullen
Direction/Dramaturgy: Andy McKim and Jivesh Parasram
Theatre Passe Muraille
Until May 7th, 2017
Tickets: 416-504-7529 or online

In this solo performance, two-time Governor General’s Award Nominee Donna-Michelle St. Bernard aka Belladonna the Blest speaks truth to power using spoken word, storytelling, and hip-hop. Inspired by Tunisian emcee Weld-El 15 — who was jailed for his song Boulicia Kleb (The Police Are Dogs) – St. Bernard riffs on oppression, poverty, and systemic injustice. As the piece progresses and her rhymes take edge,  the emcee quickly learns that if you strike against authority, authority strikes back.

Five Asian-Canadian men must confront unrealized potential, devastating loss, and time travel — all while trying not to punch too many white boys in the face. Banana Boys delves into Asian-Canadian stereotypes while also dealing with death, rage, addiction, racism and familial expectations. The play is set for an extended run in celebration of Asian Heritage Month in May.

For The Whole Family

Munschtime!
Based on the stories of Robert Munsch
Adapted by Stephen Colella and Allen MacInnis
Directed by Herbie Barnes
Young People’s Theatre
Until May 14th, 2017
Tickets: online

The protagonists in all of Munsch’s tales learn how their actions affect others, and about their own place in their communities. At the centre of this is A Promise is a Promise, which Munsch co-wrote with Michael Kusagak – a story focused on Indigenous people and based on an Inuit tale.

At the centre the show a woman is trying to live a normal life, but with the constant reminder of a horrifying past.Outwardly, she seems fine. But as the play unfolds in five mysterious playlets with each of the men in her life, it becomes obvious that May’s history continues to haunt her.When she decides that she wants to bring a baby into the world, the audience is forced to decide whether May’s past can ever be forgiven.