Paolozzapedia and Mahmoud are part of the Riser Project, which gives small theatre companies the opportunity to share resources, whether they be technical, mentorship or otherwise, to bolster their new works.

This second round of productions features two strong one-person plays. Paolozzapedia is a one man show, in which Adam Paolozza attempts to assemble an autobiography from family stories, surreal images, Italian folk songs and scraps of memory from the old country… the Italy of his father’s childhood.

Paolozza invites us on to join him on this journey of self discovery in a friendly and engaging manner. First thing first, we share a cup of coffee, just like his father would offer a guest at their home. Throughout the show, we meet Paolozza’s Italian side of the family. Like many other second-generation kids, he is looking to connect with this part of his heritage. And in a way, to connect with his father.

What unravels in this one-hour show is an intimate, and at times fragile, look at how culture plays a very important role in each of our lives. Paolozza’s discovery of his Italian heritage is similar to many other Canadian second-generation children. His family stories and anecdotes can be translated to almost every family of immigrant parents here in Canada. The manner in which he relates the story to the audience makes each of us feel a connection to the actor and to each other.

Paolozzapedia is a trip across times, across continents, and across cultures. What begins as an individual’s journey (Paolozza’s), becomes a communal experience that makes us contemplate our own history.

Mahmoud is slightly different in that it involves three characters; Mahmoud who is an Iranian engineer-cum-taxi driver who relishes the chance to regale passengers with his love of Persian culture. Emanuelos, a fabulously gay Spanish perfume salesman, who talks a mile-a-minute about his boyfriend, Behnam. And Tara, an awkwardly charming Iranian Canadian preteen who just wants to be normal. All three characters are played by Tara Grammy.

Over the course of the hour, they find themselves crossing paths in Toronto. As time goes by, it becomes apparent each of them has had to deal with racism, sexism, homophobia, political structures and everything in between. Although not effortless, Grammy does well in transitioning from one character to the next. We learn why Mahmoud and wife had to leave their beloved Iran; why Behnam cannot marry Emanuelos; and why Tara does not feel ‘normal’. Each of their identities is affected by being Iranian/Persian, and like in Paolozzapedia, culture affects how each person defines him or herself.

I like the idea of  how these characters’ stories intertwine with one another. I also like how their interactions with each other are not always pleasant. When trying to make sense of who we are and how we relate to others, it is not always a pleasant experience. Navigating a world in which we are expected to fulfill certain expectations is often challenging. How each of these characters navigates their individual choices, within their Iranian identity, makes for an interesting story.

Funny and moving, Mahmoud is another way of looking at how culture, language, and immigration affect people in various ways. It is a story that is also quite Canadian, in the sense that many of us who call Canada home yet come from various ethnic groups, can relate to it on many levels.  Very thought provoking.

All performances are held at The Theatre Centre. Paolozzapedia and Mahmoud are featured in succession every night, until May 24. For box office and showtime information, visit theatrecentre.org. 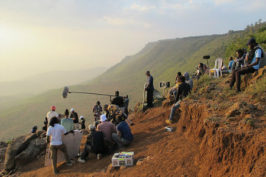 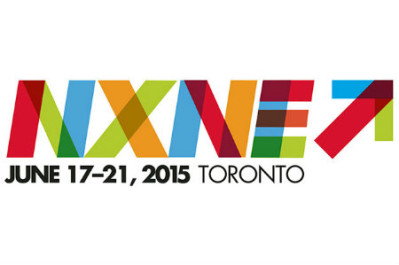