For their final show after a very successful 2016 season, Seven Siblings Theatre is pleased to present Titus Andronicus, Shakespeare’s most violent and bloody play. Not seen in Toronto since CanStage’s 2014 production in High Park, Titus Andronicus is a story of revenge, betrayal, murder, lust, duty and honour.

Titus Andronicus returns to Rome after decades of long battle with the Goths. In his pursuit of victory, he has made a dangerous alliance with supernatural beings, digging down into the underworld, pressing against the bizarre and terrifying. Presenting Tamora, the Queen of the Goths, as his war prize to Rome’s emperor, Saturninus, Titus sets off plots of revenge and murder, as each party seeks vengeance for the wrongs done to them.

For this production, Seven Siblings has once again challenged themselves in staging and concept. Five of the characters are full sized puppets, some brought to life by several actors. To find out more about how the company plans to execute this play, Seven Siblings’ Artistic Director Will King took time to answer some of my questions.

HM: How did the decision to incorporate puppets come to be?

WK: This piece is anchored in a world of Horror, and the puppets are our opportunity to play with the supernatural. I believe this play is meant to be a warning to our humanity. A piece that questions the traditions of honour, and challenges the depths we go to while seeking revenge. The puppets provide a world of beauty, but because of their blood-thirst, they come at a cost.

HM: Can you give us an idea of how you, the cast, and puppet master worked on the puppets as characters?

WK: There was a few stages to their development. I knew early on that I wanted to borrow from Roman mythology. Our show takes place in the catacombs of Rome, on a gateway to the underworld, and this was our opportunity to tap into the Romans close relationships with the gods. Our five puppet characters are not the major gods themselves, but they’re the halfway point that allows Justice, Murder, Revenge, etc. to be personified more easily. They live in a future society that’s rationalized their ritual sacrifice. The Andronicus family and the deities have a symbiotic relationship that allows them to maintain their own power and history from the growing army of hedonist scavenger Goths on the surface.

The second step was drawing from the characters personality traits and manifesting them in a physical form. Again, we borrowed from myth, but framed them through the lens of contemporary Horror/Sci-fi. For example, Aemilius is based off Mercury/Hermes (the wing footed messenger), but we have added a level of grotesque in making that character a supernatural insect. Bassianus borrows from a faun, and Saturninus was devised from the painting Jupiter Devouring His Sons and physically manifests as a lethal underground creature with cockroach features. When developing the forms for their bodies with Robin (our wonderful puppet master), I wanted to make sure the characters from our text shined through. I also wanted the chorus to be supernatural so we could imagine the extraordinary and terrifying wide reaches of this world. So we landed on five puppets (come see it to discover the others!)

Then we experimented. Robin (Polfuss) built. We played. We found their centres and their qualities of movement. We rebuilt. We dug into the text. We allowed them to evolve. Both their bodies and our choices were developed through a hands-on process.

HM: What has been the highlight(s) of prepping for this production?

WK: This is notably the largest production I’ve ever directed. We have a very large cast, and a highly capable creative team. Some are previous collaborators and some are new to the company. My joy has been in the collaboration. I love talking about this piece to anyone that will listen. Everyone is very passionate about building this world, and the most exciting pieces are when the forms collide. I was thrilled to watch the puppets in their first fight rehearsal, and it was wonderful breaking apart Shakespeare’s logic between the puppeteers in choral speaking. I had a tremendous time utilizing the Michael Chekhov Technique and building the imaginative world with our ensemble. It’s required a lot of diligence to make sure that everyone is on the same page in our development, but this team brought their A game. I feel very fortunate to work with these artists.

Whether familiar with this Shakespeare play or not, this is one production not-to-be-missed. Titus Andronicus may not be for everyone’s taste (pun intended), but it is a play that I highly recommend for those interested in Shakespeare nonetheless. 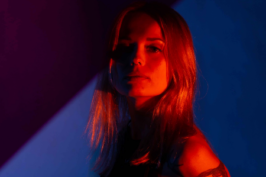