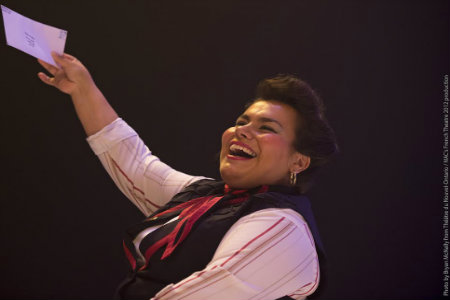 The (Post) Mistress tells the story of Marie-Louise Painchaud, the hugely endearing Métis postmistress. In the fictitious village of Lovely, Ontario, located somewhere along the French River, we discover Marie-Louise and her uncanny ability to read the town’s mail through the envelopes. Letters from around the world tell of her neighbours’ foibles, fantasies and fibs, both large and small. They inspire Marie-Louise and she turns these stories into an eclectic array of songs inspired by musical traditions from around the world.

We also discover the origins of her extraordinary powers as she passes the time waiting for her beloved husband, Roland Painchaud, to join her. The French title, which translates as “Zesty Gopher got squashed by a fridge,” is a line from the play and gives an idea of some of the loopy characters who populate Marie-Louise’s imagination and Tomson Highway’s world.

This one-woman musical stars the critically-acclaimed Patricia Cano, for whom it was written, and has Tomson Highway himself on the piano, accompanied by one of the best sax players in Canada, Marcus Ali. Not only did Tomson Highway write the play, he is also the composer and lyricist. Both the French and English versions are directed by John Van Burek, with choreography by the renowned Marie-Josée Chartier. Set design is by Teresa Przybylski and Lights are by Michel Charbonneau.

The (Post) Mistress runs in both English and French at the Berkeley Street Theatre – Upstairs from October 12 to November 6. For box office, tickets, and showtime information, visit theatrefrancais.com. 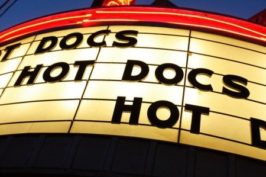 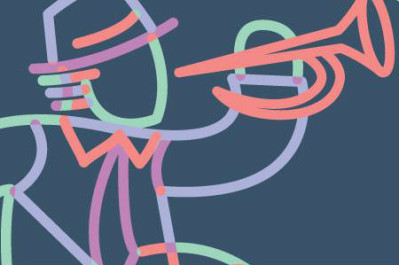 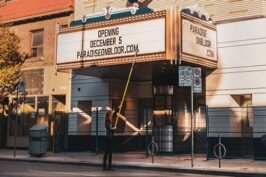