In July 1791, Mozart received a commission, via anonymous courier, from the Count Franz von Walsegg, a Viennese nobleman. Mozart threw himself obsessively into the work. But it was all too much. Mozart died aged 35 on 5 December 1791, before he could complete the work.

At the time of his death, only the introductory “RequiemAeternam” was finished. The project was undertaken by one of Mozart’s pupils, Franz Xavier Süssmayr. Thanks to his efforts, the Requiem was completed by February 1792, and Mozart’s wife, Constanze, was paid for the full commission.

The 40th symphony exists in two versions, differing primarily in that one includes parts for a pair of clarinets (with suitable adjustments made in the other wind parts). Most likely, the clarinet parts were added in a revised version.

Symphony No. 40 has had the greatest influence on future composers. It is also one of Mozart’s most frequently performed works, and most beautiful works too (in my humble opinion).

All photos by Jag Gundu. 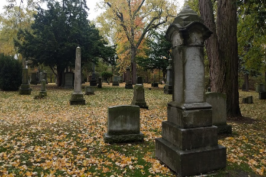