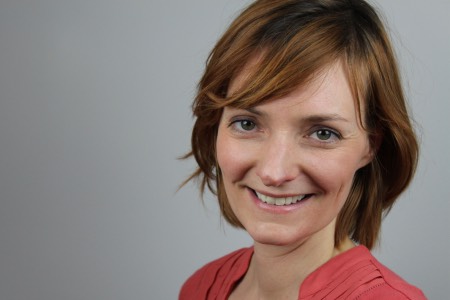 This much necessary and informative documentary taught me more than I already knew about period poverty in North America, and other parts of the globe. Wanting to know more, director Rebecca Snow agreed to be part of my 5 Questions With… Series to share about the experience of making this very important film.

HM: Thank you for taking the time to answer my 5 questions. I know you are not new to social-justice documentary filmmaking, which makes Pandora’s Box an excellent addition to the work you have done. For now, let’s start with how you became involved in this film. How did Pandora’s Box come your way?

Rebecca Snow (RS): Diva International had the vision to make a documentary about this social issue and hired Media One Creative to produce the film. Media One in turn approached me to write and direct. I jumped at the chance, what a great topic to explore!

HM: You mentioned in your statement for the film that you had no knowledge about period poverty, and its effect on women and people who bleed across the globe. Over the two years it took to complete the film, what are some of the details/people/stories that made the most impact on you personally?

RS: I really was shamefully ignorant of the issue. I had seen the odd headline about ‘period poverty’ but never really stopped to think about it beyond how terrible it would be not to be able to afford supplies every month. But to learn about the knock-on effect that has on girls’ education, absenteeism, drop out rates, and gender equality is sobering. And then all of the stigma and taboo around menstruating, particularly in India. Hearing from these women who are actually banished from parts of their homes and forbidden to have contact with family members while they menstruate.

I think some of the most impactful interviews I did were in The Bronx, New York where I spoke to a number of formerly incarcerated women about managing menstruation while in prison. Their stories were so horrific, so traumatic. In one prison, they had to show the male officers their used pads before they would allow them new ones. As though being able to menstruate with even the slightest bit of dignity is a privilege, not a right.

HM: You traveled to four continents to speak to various people about menstrual poverty; as well as, many others involved in the movement to raise more awareness — incl. Jennifer Weiss Wolf, Madame Gandhi, Vanee Sykes, and many more. With so many great and inspiring people in the movement, how did you and your team narrow down who to interview for the film?

RS: We were so lucky to have some incredible support from organizations like Femme International and other groups who work tirelessly in the field of menstrual education and access. Through these organizations, in Africa we got to meet some of the people most impacted by menstrual inequity – like the young girl Hellen Attendo Odour, who’s story is heartbreaking.

For me it was very important to highlight that this is also an issue in the developed world, and very early on it became apparent that Jennifer Weiss Wolf was essential – she really is the founder of the menstrual equity movement in the USA. She actually coined the term ‘menstrual equity’! She hooked us up with a few other important voices like Topeka Sam.

I didn’t just want this film to be a bunch of ’talking-heads’, I wanted the audience to feel they have met some real characters when they watch this. So I wanted to feature people who can not only speak about the issue with authority, but with a sense of humour (like the wonderful writer Elissa Stein). On top of that, I was looking for people who have a poignant personal story about why they are involved in the movement – like Rachel Krengel in the UK who herself struggled with period poverty before becoming an activist. Or Kenny Jones trans model and activist who is the first trans man in the UK to speak out about having his period.
And then of course there is Madame Gandhi, who happened to be playing a show here in Toronto at the [Art Gallery of Ontario], and when we reached out she was very receptive to the prospect of being in the film.

HM: In reading the credits for the film, it is impressive to see the many women involved in the making of Pandora’s Box. From a filmmaking perspective, can you talk about the idea of more women being involved in the production process… What is the perspective and expertise they bring to a project?

RS: I am used to working on male-dominated sets. Usually, I’m absolutely the only woman on a shoot. For this film, we managed to hire an almost entirely female crew. I must say it was nice to be on set prepping for an interview about menstruation, and just knowing that we all share the experience and base knowledge of what it means to menstruate, what it means to be a woman in the patriarchy, and just how f***ed that can be.

HM: I have also been informed that you have been nominated for the Alliance of Women Film Journalists Award for Best Female Directed Feature Film. Congratulations!! Thoughts on this award and what it means to you at this point in your career?

RS: Thank you! Yes that was a nice surprise. It’s wonderful to see more acknowledgement and kudos going to female filmmakers. I think the more we can celebrate and lift each other, the better.

UPDATE: Pandora’s Box: Lifting the Lid on Menstruation had its World Premiere at the Whistler Film Festival in 2019. The film is finally coming to all major streaming platforms (Google Play, iTunes, Telus Canada’s Optic TV) across North America on Monday, March 8, 2021.