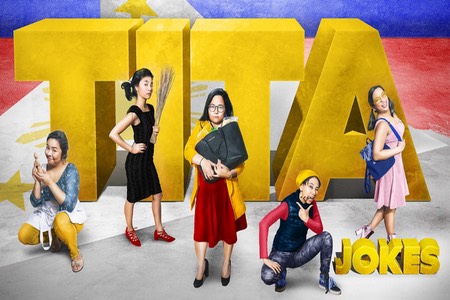 The Tita Collective, an all Filipina collective of multidisciplinary artists in Toronto, will present Tita Jokes as part of the 2019 Toronto Fringe Festival. Tita Collective is Ann Paula Bautista (Disenchanted US Tour), Belinda Corpuz (Prairie Nurse), Isabel Kanaan (CBC’s Air Farce), Alia Rasul (Generally Hospital), and Maricris Rivera (A New World Being Born).  The Collective took a moment to answer my 5 Questions With…

HM: I understand you first became the Tita Collective over a year ago. Can you share how the relationship began among the five of you?

Tita Collective (TC): We met at a Filipino Canadian company where we created, produced and performed a play called Anak. We enjoyed working with each other so much that we remained as collaborators for a year before officially becoming the Tita Collective.

HM: Comedy is one of the best ways to discuss issues that may make some people cringe. How do you use comedy to address or at least make others aware of some issues in the Filipino Diaspora?

TC: I think the most important thing about comedy is that things are funny because they are true. In that spirit, we have to make sure that everything we write is authentic, so when it comes to writing jokes, the characters involved [and] the situations involved have to be very well thought out and considered so that people can feel themselves reflected on stage. On our part, as writers we do a lot of research to make sure we get things right so when we start to introduce points of view that are somewhat taboo, it can be recognized as true and valid. [The audience’s] laughter being the affirmation of that.

HM: Having grown up among Filipino friends since my mid-school years, I totally get the references to the “titas” in your performances. Why do you see it important to present these “titas” and their points of view?

TC: We think it’s time we gave the women in our lives more focus and more attention. In a world where we are still fighting for women’s equality, we as a collective are holding ourselves accountable to how much space we have given our moms and Titas in our lives. It was pretty normal to take them for granted. It’s time to correct that and put their stories on center stage.

Filipinas of our parents’ generations are some of the bravest people out there, and there’s a lot to learn from their journeys: from making the choice to leaving their communities behind to move to a strange new place and starting a new life, having to deal with racism, classism and sexism in degrees that today is unacceptable but back then was the norm, and all of this to provide for their families and to prop the Philippine economy up. It’s time that their bravery is recognized and honoured.

HM: I’ve been to some of your shows, and I always enjoy myself. Can you share a little bit about what we can expect at this year’s Toronto Fringe Festival?

TC: Tita Jokes is the culmination of 8 months of a lot of hard work and a lot of love. It is our love letter to the most important women in our lives, so we put everything we have into it! The show is bigger, bolder and more BONGGA than anything we have ever put up so expect a lot more dancing, singing and  so many more tagalog words (we have videos explaining most of the tagalog words on Facebook if you want to study up before the show).

HM: Outside of The Fringe, where else can we find you this summer… what’s in store for the Tita Collective?

TC: After [the] Fringe, you will find all of the Titas taking a nice long break until we pick up again in the Fall, where we will be putting up a workshop of Tang Ina at the Tarragon Theatre in October. We are working on putting together more online content so follow us on instagram at @tita.collective!

Tita Jokes will run at the Fringe Festival until July 14 at the Tarragon Theatre. For full schedule and other show listings, visit fringetoronto.com. 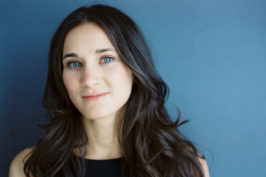