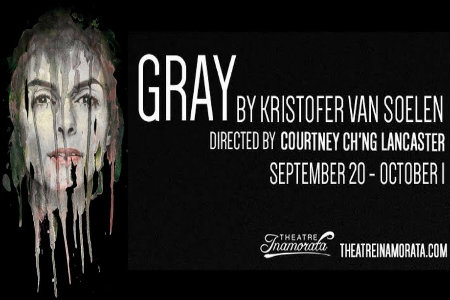 From September 20th to October 1st, 2017, Theatre Inamorata invites Toronto audiences into the opulent and sensual world of contemporary art to present the World Premiere of Gray. Inspired by Oscar Wilde’s masterpiece The Picture of Dorian Gray and set in current-day Toronto, playwright Kristofer Van Soelen has created a journey through art and sexuality, asking us to question our indulgences, tastes and the nature of human connection.

HM: What is it about Gray that first drew you to it — what do you look for in a play as a director?

Courtney Ch’ng Lancaster (Director): The script is full of psychological drama but (and this is unsurprising given the gothic fiction this play is influenced by) there is lots of room for theatricality and dark playfulness. That’s exactly what I look for as a director – an interesting, challenging story to which I feel I can contribute something. I also appreciated the opportunity to work with a large cast, which is a new experience for me. Gray has a cast of six, and thrillingly, five of those six are fascinating, complicated female characters.

HM: I understand Gray‘s playwright Kristofer Van Soelen was inspired by Oscar Wilde’s The Picture of Dorian Gray. Did Oscar Wilde’s story also influence you as director in any way?

Courtney Ch’ng Lancaster: Absolutely, we’re drawing from and building on a lot of the themes in Wilde’s story, particularly the destructive obsession with beauty and sensuality. Kris’s choice to make the lead characters female has emphasized and complicated these themes in delicious ways.

HM: Prior to casting, how did you and director Courtney Ch’ng Lancaster envision this production?

Kristofer Van Soelen (Playwright): Courtney’s working style has been the perfect fit. By the time she began working with us, the majority of the structure for the show was setting up, but she brought in fresh eyes and helped us clarify and refine. She was also game to explore the moments of “theatre magic” in the show, where we step beyond realism.

Gray lives in a very specific Toronto Art World whose members thrive on attention, influence and prestige. It is real and fast and loud. But Courtney and Tennille Read (who plays the title role of Dorian Gray) have leveraged the theatricality of the second thread of the show, Dorian’s personal journey, and made the live experience essential.

The addition of the rest of the cast was crucial in balancing each voice in the piece. We sharpened character arcs, and shared personal perspectives and experience to make sure we are telling honest stories. And somehow from all of that — Gray.

HM: Gray is set in the contemporary art world in present-day Toronto. Could you speak about how you and the creative team decided to go about the set, music, light, and so forth?

Courtney Ch’ng Lancaster: We’ve enjoyed the challenge of presenting a fast paced, and very moneyed segment of the art world on a limited budget, and that challenge I think has been well met by our brilliant designers, Lindsay Woods, Steph Raposo, and Andy Trihardt. I love theatre that sparks and allows room for the audience’s imagination to run wild, so we’ve had a lot of fun figuring out what the visual and auditory cues are that can allow that to happen. The designers have also kept the storytelling at the centre of their work, allowing us to simply and effectively create a number of settings as needed.

HM: With a predominantly female-identified cast, how do you all work together in order to address themes like female identity, and the implications of our society’s obsession with beauty?

Michelle Langille (Producer / Opal): We actually had a big ramble about this the other morning with some cast members! We were talking about where we learned the language we each as individuals use to talk about our own bodies. The room has been open from the start in terms of talking through feelings or reflections that come up as we work through. Many of these characters are in complete contrast to who we are as individuals, and are written to challenge the way women are traditionally portrayed on stage – which means in many delicious ways, we are being given permission to play in the darker and more aggressive parts of who we are. It also means that we have to often reconcile ourselves to some of the “less nice” qualities of ourselves as women and actors that we draw from. The characters react very strongly to each other as well and being on the receiving end of some of that aggression can be jarring. But ultimately we have to give ourselves permission to roll around in that muck if you will and embrace the pleasure in being freed from the conventional stereotypes of mother/wife/daughter etc. For us it’s simply been about asking questions when they pop up, realizing that the answers change the more we learn about the characters and their motivations, and allowing there to be unanswered questions sometimes. The state of not fully understanding is a pretty universal and oddly freeing state.

Gray starts with a preview this Wednesday, September 20th at 8pm. Performances continue until Sunday, October 1st. All performances take place at The Commons. For tickets, venue, and more information please visit theatreinamorata.com. 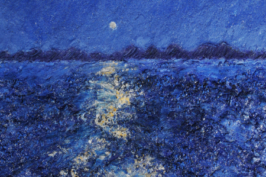 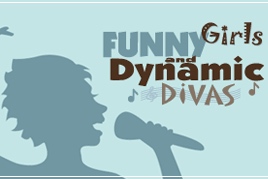