Fredrik Gertten‘s latest documentary Bikes vs Cars arrives to Toronto this weekend for an exclusive engagement at the Bloor Cinema. The film aims to look into and investigate this daily ‘global drama’ in traffic around the world.

Bikes vs Cars is a documentary with a stance. Gertten takes us on a tour of various cities around the world including Copenhagen, Los Angeles, and São Paulo, to give us a glimpse at how urban cyclists ‘fight’ to share the roads with automobile drivers. The film attempts to present both sides of the story, but it is biased towards the cyclist movement. Nothing wrong here.

Gertten and team talk to various urban cyclists from around the globe, including Aline Cavalcante from São Paulo, who has been very active in campaigning for bike lanes in her city. Other cyclist activists, like Dan Koeppel from L.A. remind us about the city’s past in terms of the elevated cycleway in the early 1900s. For a semblance of balance, we are also introduced to a taxi driver in Copenhagen, and some academics who also share their opinions on this issue of Bikes vs Cars. We never really get to know any of them too well, however. I presume they are part of the film to emphasize the very polarizing views around cycling versus driving.

There is also some footage of Toronto’s former mayor, Rob Ford, which is an unfortunate reminder of his lack of knowledge of his downtown community among other things. The film points out that many major cities require much better urban planning to incorporate cycling as a viable means of transportation. The film also heavily emphasizes that cars are not ‘the better way’. Gertten hopes we ask ourselves, how can we change our cities given there are over a billion cars worldwide, as well as, climate change and never-ending gridlock being the grim reality?

There is much to consider when watching Bikes vs Cars. The film may seem too one-sided for some, nonetheless, it is a good look at the pressing issue of making urban spaces friendly for various means of transportation. 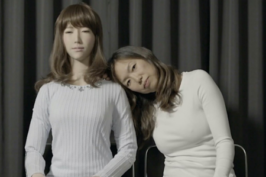