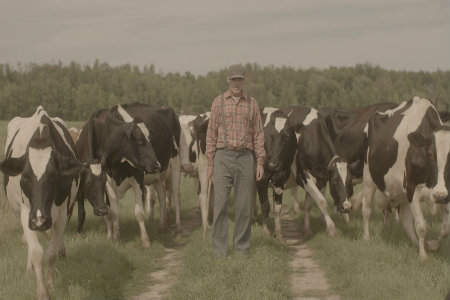 Michael Healey’s play The Drawer Boy translates well to film under Arturo Perez Torres and Aviva Armour-Ostroff‘s direction.  Torres and team take us back in time to Huron County, Ontario, 1972. Miles arrives at the farm and home of Angus and Morgan, two aging bachelor farmers. He stays with the two farmers in order to learn about farm life and write a play about it. Their lives are changed dramatically when Miles’ art imitates life, creating a very fine line between truth and fiction.

The premise of the film is not just about a big city actor writing a play about farm life. Miles (Jacob Ehman) may be young and naive when it comes to Angus and Morgan’s life, but he soon realizes there is more to their histories and the stories they shared than meets the eye. Angus (Stuart Hughes) suffers from a brain injury sustained at war, and he can no longer make new memories. As such, Morgan (Richard Clarkin) is forced to tell Angus the story of what happened to him over and over again. What we eventually find out, through Miles, is that Morgan is not entirely truthful in the stories he tells. The various contradictions and omissions create havoc for the two men once Miles decides to put one of their stories in the play.

The Drawer Boy is about the stories we tell ourselves; the manner in which we change the stories to suit our needs; and the lengths we go to in order to save ourselves and those we care about.

With Torres’ script the film is faithful to the play’s text, but also enhances the story. Seeing Miles and fellow theatre buddies rehearse for the play they are putting together adds more context. When Angus experiences memory lapses, the moments are enhanced by use of spotlight… a bit obvious but I see the point. The setting is also prominent and a very good background character with the help of director of photography Cabot McNenly‘s camera. Helen Salcedo‘s carefully puts the story together in a way that is deliberate in pace and certainly, not contrived. The one fault is the sound mixing, which at times it was rather distracting. The original score by Rob Wiseman, however, complements the bittersweet mood of the story quite well.

Overall, the main cast works extremely well together. Ehman’s Miles is naive, funny, and well-meaning for the most part. Hughe’s Angus is rather distant at times, but in this context, his performance also works well. Clarkin as Morgan is both stern and funny all at once, without as much as a flinch. There is a really nice scene when Miles and Angus are looking and counting the stars at night. These moments of connecting between characters evoke the deep friendship and kinship these men share.

Overall, The Drawer Boy is a really good production artistically and technically speaking… kudos to the entire production team! This is a definite nice take Healey’s play. It is also a nice complement to the stage version currently playing at Theatre Passe Muraille. 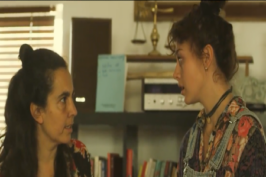 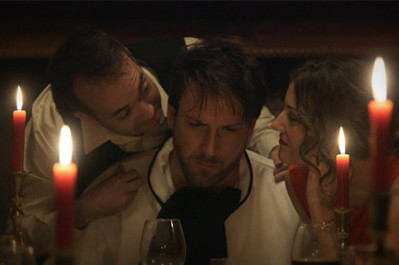 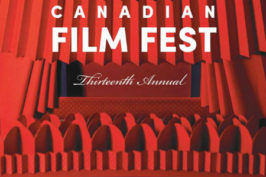