Hiroshima. Nagasaki. Mercury, Nevada? The latter was the site for the testing of 928 nuclear weapons on American soil fr...
Read More
Comedy, Hye's Picks, Interviews, Theatre, Theatre Previews
Comments Off on Toronto Fringe Spotlight: Aliya Kanani’s ‘WHERE ARE YOU FROM, FROM?’

The Toronto Fringe Festival is back in full force this summer. The festival will take place from July 6 to July 17, 2022, taking over 11 venues across Toronto.

Starting my festival coverage with a preview interview with Chris Graham, one of the creators of A Small Part of the Whole Story, as well as the director of the show, Graham Isador.

END_OF_DOCUMENT_TOKEN_TO_BE_REPLACED
Dance, Theatre, Theatre Previews
Comments Off on In The City: ‘welcome, we’ve been waiting’ by Rodney Diverlus

In The City: ‘welcome, we’ve been waiting’ by Rodney Diverlus

END_OF_DOCUMENT_TOKEN_TO_BE_REPLACED
Theatre, Theatre Previews
Comments Off on TAOS, The Art Of Storytelling

TAOS (The Art of Storytelling) is an artistic offering that is rooted in the ancestral theatre tradition, inspired by stories and teachings from the Mayan Pop Vuh. A theatrical journey through cultures, time and space, combining music, poetry, oral storytelling, dance, ritual, and performed in three languages: English, Spanish, Maya (K’iche).

END_OF_DOCUMENT_TOKEN_TO_BE_REPLACED
Theatre, Theatre Previews
Comments Off on Spotlight: Beatriz Pizano on ‘The House of Bernarda Alba’

Spotlight: Beatriz Pizano on ‘The House of Bernarda Alba’ 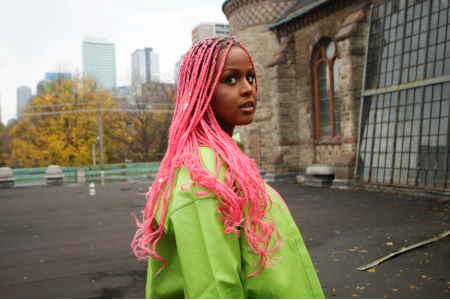 As a Black Muslim Woman, creator Fatuma Adar is on a mission to free you from the clutches of exceptionalism and teach you how to relish in the joys of mediocrity.