Danish filmmaker Lin Alluna first met renowned Greenlander Inuit lawyer Aaju Peter by coincidence seven years ago in Copenhagen. In their initial coffee meeting, Aaju “revealed hidden truths aboutmyself and the history of my country, that I knew I had to find a way to share.” It was at this time that the seed was planted to work on this documentary together, TWICE COLONIZED.

Aaju has led a lifelong fight for the rights of her people. When her son suddenly dies, Aaju embarks on a journey to reclaim her language and culture after a lifetime of whitewashing and forced assimilation.

In The City: Hye’s Birthday Edition

This installment of In The City features a personal curated list including several events, screenings and exhibits, I wish to attend as part of my birthday celebration. I may not make it to all, but hoping some of you will partake in one, a couple or a few of these.

Evoking the Greek tragedy Medea, Diop’s inspiration for SAINT OMER was the 2013 news story of a 15 month old girl found drowned on a beach and the French mother of Senegalese origin accused in her death.

With the story covered in almost all news outlets, Diop was drawn to it and the idea for a film was planted. After seeing a photo of the accused mother taken by surveillance camera, Diop decided she would attend the trial in 2016 as an observer and for research to write the film’s script. The trial was a very impactful emotional experience.

In Review: Jafar Panahi’s ‘NO BEARS’

Jafar Panahi has been making a mark in cinema for many years. Due to many years of conflict with the Iranian government over the contet of his film, Panahi was arrested in March 2010 along with his family and some close friends, and charged with propaganda against the Iranian government. Later that year, he was imprisoned and given a 20-year ban on directing any movies, writing screenplays, giving any form of interview with Iranian or foreign media.

The film is inspired by the real-life early 2000s Spiniak Case involving a controversial child prostitution ring which provided services to a number of high-placed politicians and businessmen in Chile. The case divided the Chilean population as it went through the courts, with doubts being cast on the testimony of key witness who was herself caught up in the ring as a minor and accused two senators of abusing her.

The Musical Stage Company premieres the star-studded lineup and dates for the 16th edition of their signature UNCOVERED: THE MUSIC OF ABBA concert event. Musical Stage is also announcing, with immense gratitude, that this edition will be beloved Music Director Reza Jacobs’ last.

UNCOVERED… the annual sell-out series re-examines the songbooks of legendary singers/songwriters through a storytelling lens, developed and performed by Canada’s most celebrated musical theatre artists.

In Review: ‘Emily The Criminal’ by John Patton Ford

The world is not kind to Emily (Aubrey Plaza) whose financial stress and past criminal record do nothing but get in the way of her moving forward in life.

Since starting in 2016, Laura Nanni has been a driving force for change within the organization, and the artistic community as a whole, using her strategic vision to spearhead SummerWorks through a period of positivity and re-imagining. She has helped increased its reputation as a global leader in contemporary performance, and curated countless new works that continue to engage audiences, and nurture artistic creativity and innovation.

END_OF_DOCUMENT_TOKEN_TO_BE_REPLACED
Comedy, Hye's Picks, Interviews, Theatre, Theatre Previews
Comments Off on Toronto Fringe Spotlight: Aliya Kanani’s ‘WHERE ARE YOU FROM, FROM?’ 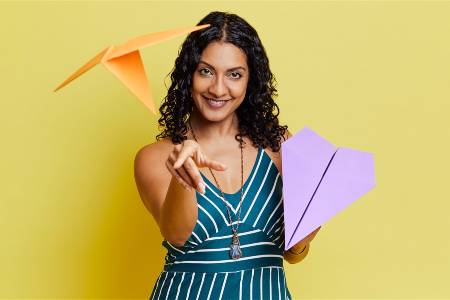