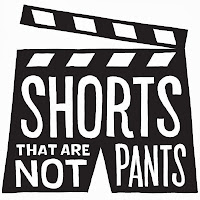 Short films have the challenge to tell a story that leaves us wanting more or engage audiences in a matter of a minutes. Toronto is a city with plenty of film events for us cinemaniacs, but short films have found a comfortable home with Shorts That Are Not Pants, a series curated by James McNally.

The series is a few months shy of a two years. Its upcoming installment next week, October 24th, promises to be a memorable one. To find out more about the series and next week’s screening, here is what James had to share with me.

HM: Shorts That Are Not Pants has become a quarterly celebration of short film. How have Toronto audiences responded to the series?

JM: I’ve been really gratified with the response we’ve had, considering that these are films that don’t get much attention otherwise. At the beginning, I was just bugging my friends to come out, and amazingly, they’re still coming. But even better is that we now have people in the audience whom I don’t know. I’m hoping that means that the word of mouth on our series is getting around. In a city with so many options for film lovers, that’s difficult to achieve.

HM: The upcoming installment is your first ‘themed programme’, could you share how this came about?

JM: Well, I certainly didn’t want to have a themed programme until I thought the series had a solid core audience. The last thing I want to do is to alienate anyone with a narrow focus. I think over time as people come to trust our curatorial taste, they’ll be willing to take a chance on something as weird-sounding as “El Ataque De Los Cineastas Españoles.” As far as how it came about, I just started noticing how many of the Spanish short films I saw had something vaguely off-kilter about them. These are not all hard science-fiction films, but a lot of them play with the concepts of transformation, or of conspiracy, or of feeling a little different from the people around you. There was also a very particular and odd sense of humour that I personally found hilarious and unique. I’ve tried to focus on a small group of directors and feature several films from each in order to give people an idea of each one’s individual point of view, even as they all have certain things in common. 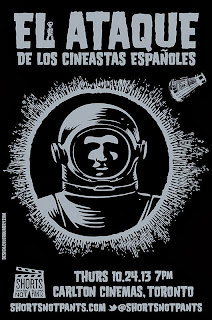 HM: Could you also share how you decided which country and which films to spotlight in El Ataque De Los Cineastas Españoles? It looks like a very fun and interesting lineup.

JM: So as you see, I didn’t really choose the country and theme. It sort of happened organically, which is how most if not all of our programming happens. I overuse this analogy, but it’s really true that I feel a bit like a DJ or a guy making a mixtape for a girl he likes. I’m mostly carried along by my own curiosity. It’s been interesting as we grow and I add people to our programming team to try to find kindred spirits and to be open to my colleagues’ discoveries. I do think it’s important not to have a sort of institutional mindset, as if we are trying to present only the most “acclaimed” short films from around the festival circuit. I think the occasional themed programme allows us to show our own unique personalities a bit more.

Good things sometimes work better when not planned, as is the case with El Ataque… I have to admit I’ve seen one of the shorts in the series, and I enjoyed it quite a bit. I am definitely looking forward to the rest. The programme will feature films by directors Nacho Vigalondo, Pablo Larcuen, Chema García Ibarra, and Alberto Gonzalez Vazquez.

For the full list of shorts films screening next week at El Ataque De Los Cineastas Españoles, click here. You can still purchase tickets in advance, or at the door (October 24th, 7pm) at the Carlton Cinema. Synchronize your watches… and be ready for the invation!