The film is inspired by the real-life early 2000s Spiniak Case involving a controversial child prostitution ring which provided services to a number of high-placed politicians and businessmen in Chile. The case divided the Chilean population as it went through the courts, with doubts being cast on the testimony of key witness who was herself caught up in the ring as a minor and accused two senators of abusing her.

Guzzoni spent a year investigating the case in-depth before writing his screenplay. He shares that “among the numerous sources – news stories, case files, court records, and interviews – there was a character in this ill-fated story that fascinated me the most – Gema Bueno.” She became “The key witness”, “the minor”, “Gema Malo”… a twenty-year-old girl, who divided public opinion and held the nation in suspense for nine months.

It is through this main ‘character’ that Guzzoni presents us this political-thriller story; literally right out of the news. In BLANQUITA, young actress Laura López makes her spectacular debut as the titular character. She is the 18-year-old resident of a foster home, who is a key witness in a trial against powerful politicians and businessmen implicated in this child sex scandal. Over time, more questions than answers come up, and her role in the scandal becomes unclear. The film keeps us in suspense in the way the story unfolds with some twists and turns.

Guzzoni chose to be deliberate in not showing any violence on-screen. In a recent interview with me (in Spanish below), he shared he sees this as a film of words. There is plenty to be said and unsaid in BLANQUITA… We are left with plenty of thoughs and emotions once the film ends. This is a story about truth, ethics, and how society has failed victims of abuse (of all types) in many respects.

BLANQUITA’s excellent supporting cast includes award-winning veteran actor Alejandro Goic co-stars as a priest who runs the home where the young woman lives. Other cast members include Amparo Noguera, Marcelo Alonso and Daniela Ramirez. The film’s excellent cinematography is by the very talented Benjamín Echazarreta. The film is a true co-production in the sense that various parts of the production process were completed in different locations – making this a global film, if I say so myself.

Wishing Guzzoni and the BLANQUITA team much success on their journey to the Oscars. 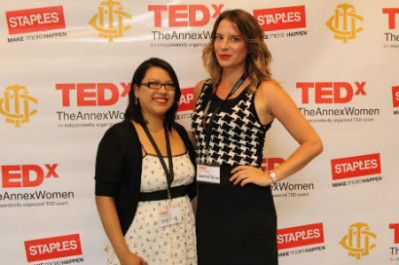