Eternal Spring (長春) deals with timely and poignant themes. Daxiong’s artistry beautifully and bitterfully captures the event, the people, the energy and the outcome of the event. In this way, art truthfully becomes a way to share truth and help create a dialogue for those whose lives were altered due to this event.

Aside from the great animation and music, the film brings to light an unprecedented story of defiance, including eyewitness accounts of persecution, to highlight the determination of those involved to speak up for political and religious freedoms.

Eternal Spring (長春) is an award-winning film, which has made its way across the film festival circuit including Toronto’s own Hot Docs. It is also Canada’s official entry into the international feature film category for the 2023 Oscars.

After seeing the film, it stayed with me for some time. There is a lot to process, in a good way. These are important stories that should and need to be told. As such, I wanted to speak with Loftus about the inspiration for making Eternal Spring (長春), choosing animation, and the possibility of an Oscars nomination.

Eternal Spring (長春) is currently screening at select cinemas across the US. To follow its journey and for other screening information, please visit eternalspringfilm.com. 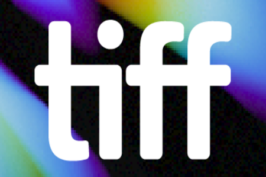