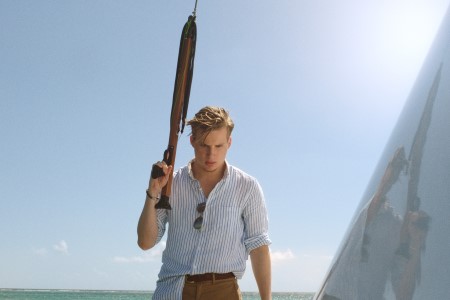 Fresh from the festival circuit and in time for Hallowe’en, Rob Grant‘s Harpoon is now available on Video on Demand (VOD).

This dark comedy is a post-modern adaptation of a story by Edgar Allan Poe in which three shipwrecked sailors draw lots to see who must sacrifice himself as a cannibalistic snack. In Grant’s version, three friends are stranded on a yacht in the middle of the ocean desperate for survival.

The film starts rich and ‘perfect’ Richard (Christopher Gray) beating up his best friend Jonah (Munro Chambers), when he thinks that Jonah and his long-term girlfriend, Sasha (Emily Tyra) are having an affair. Richard leaves Jonah a bloody mess. Once Richard gets a moment to breathe, Jonah and Sasha convince him that his suspicions are false.

To make up for his violent outburst, Richard tries to make amends by taking them out for a day-trip on his family’s yacht. During their day-long trip, tensions raise again, and to make matters worse, the yacht’s engine fails. Stranded without food and supplies, a nerve-wracking struggle for survival ensues that spares no one’s secrets.

The film continues with a tight pace further along with Brett Gelman‘s pitch-perfect narration. The trio is physically and psychologically stuck in this confined space thanks to excellent production design and cinematography by Charles Hamilton and Tim Rutherford, respectively.

Hungry, tired, angry, and desperate, the protagonists are desperate to find ways to simply survive. The result is a bloody, darkly funny turn of events that include dark secrets, gangrenous limbs, and of course, the use of the harpoon (ahem, spear gun) referenced in the title of the film.

As it unfolds, Harpoon takes various twists and turns which make it fun to watch. Just when one thinks things will go one way, things unfold in a slightly different direction. Definitely a funny, over-the-top, gory, and entertaining ride.

Harpoon is currently available on several VOD platforms for your enjoyment. 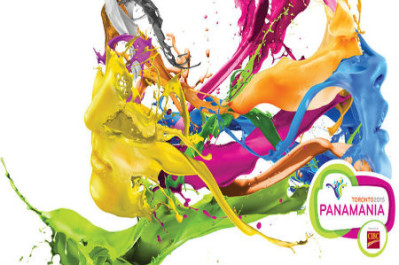