imagineNATIVE is one of my favourite festivals in Toronto because it encompasses and showcases the richness of Indigenous arts and culture.

Below you will find with my personal suggestions of some must-sees at the festival over the next week. Lots to experience at imagineNATIVE on its 20th anniversary!

As an intimate documentary portrait, filmmaker Hepi Mita chronicles the life of his mother, Merata Mita, and her journey in becoming the first Māori woman to write and direct a feature film. Hepi underscores the overriding importance Merata placed on family, revealing the personal sacrifices she made to actively create a better future for her children and her community. The screening will be followed by an extended Q&A featuring Hepi Mita, Chelsea Winstanley, and Alanis Obomsawin.

The Wiwa of the Sierra Nevada ready their cameras, a useful tool to show the world the damage humans are inflicting on nature. A group of women whose mission is to care for and protect nature’s seeds called the Saga to carry their message. Torn between two desires, to keep ancestral knowledge sacred and for the community, or to open up to modernity for the world for the greater good, the Wiwa reveal the layered importance of collective responsibility and mutual respect.

The film threads a delicately complex story of a chance encounter between two Indigenous women with drastically different lived experience, navigating the aftermath of domestic abuse.

One of my favourites from TIFF this year… Find out why here.

Drama, drama, drama. Tribulations is a collection of dramatic short films steeped in human struggle and emotion. Overcoming shame and trauma and acknowledging imperfections these films find a way to the other side.

I saw this film at TIFF this year also… Not sharing any spoilers here. Enthusiastically recommend you see this on the big screen. Limited Seating.

The film reveals the inspiring beauty of N. Scott Momaday‘s work while also guiding audiences through the grave historical struggles that Native American communities have faced. The result is a profound celebration of not only Momaday’s writing and history, but also the art of storytelling itself.

An evening of insightful and dynamic art from around the circumpolar world, Turtle Island/Canada, and Aotearoa/New Zealand! imagineNATIVE’s Art Crawl is a guided exhibition tour featuring curatorial and artist talks and performances.

The talks are timed and there is a tight schedule. The Art Crawl begins at Onsite Gallery, 199 Richmond St W.

Multi-media artist, Shelley Niro, while working with photography, painting, beadwork and film, is conscious of the impact post-colonial mediums have had on Indigenous people.  Like many artists from different Native communities, she works relentlessly presenting people in realistic and explorative portrayals. Shelley is a member of the Six Nations Reserve, the inaugural recipient of the Aboriginal Arts Award and recently received the Governor General’s Award For The Arts.

For full listings, location and all other details, please visit imaginenative.com. 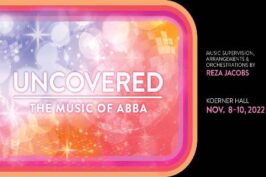 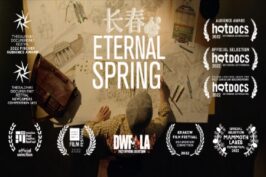