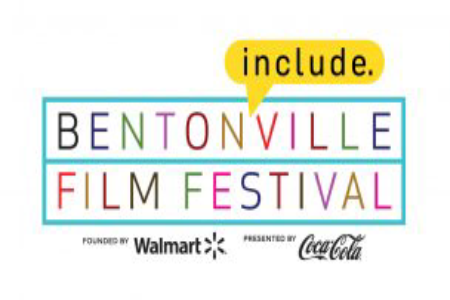 The Bentonville Film Foundation will be presenting an excellent lineup of narrative, documentary feature, and short film selections debuting in the 2021 Bentonville Film Festival’s (BFF) competition program set for August 2-8 in Bentonville, USA.

BFF’s lineup, I am delighted to see a diverse selection of films directed by women, IBPOC, AAPI, and LGBTQIA+ commnunities.

This year’s BFF will also combine virtual and safe in-person events, including premieres, conversations, awards, and events to produce a hybrid experience for festival attendees.

I may not be attending the festival in-person, but I am certainly happy to share my picks with you all.

BEANS
(Canada; Director: Tracey Deer, Writers: Tracey Deer, Meredith Vuchnich)
This Canadian drama film explores the 1990 Oka Crisis at Kanesatake, which Deer lived through as a child, through the eyes of Tekehentahkhwa, a young Mohawk girl whose perspective on life is radically changed by these events.

The film premiered at TIFF last year, and continues to receive great reviews locally and internationally.

I’M FINE (THANKS FOR ASKING)
(USA; Directors: Kelley Kali, Angelique Molina, Writers: Kelley Kali, Angelique Molina, Roma Kong)
In this debut feature, Danny (played by co-director Kelley Kali), a recently widowed woman barely makes ends meet by braiding hair and making deliveries on roller skates. Having convinced her 8 year old daughter they are ‘camping out’ in a tent for fun she manages to save enough money for a downpayment on a new apartment. When a client is unable to pay her, she realizes that if she can’t raise $200 by day’s end she will lose the apartment and have to admit to her daughter that they are actually “houseless”. What follows is an intense, manic and frayed day until the final reckoning.

I read this film was made with a micro-budget, but delivers all around with its authenticity.

7 DAYS
(USA; Director/Writer: Roshan Sethi)
Ravi is set up on an arranged marriage date with Rita by their traditional Indian parents. When the circumstances of quarantine force them to shelter together, Ravi discovers that Rita is not quite the traditional girl of his dreams.

This film has been called a COVID-19 Rom-Com. I have been hearing good things about this film, and I am looking forward to seeing it.

A FIRE WITHIN
(USA; Director: Christopher Chambers)
This documentary chronicles the incredible, true story of three Women who are immigrants from Ethiopia and torture survivors, who one day discover that their torturer is in the US, working at a hotel in Atlanta, Georgia. It is a story about three immigrants, three refugees, three survivors taking a stand to make their voices heard and their courageous fight to bring a notorious torturer from Africa to justice.

As many you know, I am always keen to support documentary films especially when they provide a means to give a voice to those who have been silenced.

SUBJECTS OF DESIRE
(USA; Director: Jennifer Holness)
This documentary explores the cultural shift in North American beauty standards towards embracing Black female aesthetics and features while exposing the deliberate and often dangerous portrayals of Black women in the media. Told from the POV of women who are not afraid to challenge conventional beauty standards, the film is partially set at the 50th Anniversary of the Miss Black America Pageant, a beauty pageant that was created as a political protest.

This documentary has screened at various other festivals including SXSW, Hot Docs (Canada). Definitely one that I recommend highly.

WORKHORSE QUEEN
(USA; Director: Angela Washko)
By day, Ed Popil worked as the manager of a telemarketing center in post-industrial Rochester, New York. By night, he transformed into drag queen Mrs. Kasha Davis. After seven years of auditioning to compete on reality television show RuPaul’s Drag Race, Ed Popil was finally cast onto the show and thrust into a full time entertainment career at the late age of 44. This documentary explores the complexities of mainstream television’s impact on queer performance culture, while also following Ed’s life and career before and after being cast on the show.

I first heard about this documentary this past winter, as it screened at Slamdance Film Festival… another festival which I really like to support.

The films in this personal list all have in-person and virtual screenings scheduled.

Please take note that many of the virtual screenings will be available only to Arkansas, Louisiana, Mississippi, Tennessee, Oklahoma, and Missouri audiences.