Starring Samantha Robinson (Once Upon a Time in Hollywood, The Love Witch), For Your Consideration satirically distills the filmmaking process into a single conversation. Over lattes, the privileged few riff on society’s inequities to decide who gets to be seen and heard. And as the characters pat themselves on the back, the audience is left to question their own entitlement.

Directed by Poppy Gordon and co-written by Mexican-American screenwriter Aldo Arias, For Your Consideration aims to challenge the existing power structures of popular culture.

Determined to party at Sundance, three entitled young women (Robinson, Juliette Goglia and Skyler Maxon) meet up at an LA member’s only club to make an Oscar-worthy film. In a mix of wokeness and cluelessness, they come up with a narrative very much from their privileged point of view. Piece-by-piece, they almost, almost, almost give a voice to the voiceless — just without ever having any idea what they’re talking about. But they are perfectly positioned to make it happen.

This smart and cheeky, comedic short film hits all the marks. From the casting of the women in the circle dropping down ideas on how to make this film speak for those who cannot to taking us through the phases of filmmaking: connecting the idea, conducting a focus group (is the idea viable?), and pre-production (casting ideas and the like).

We hear the women discuss the ethnicity/race of the protagonist. Should she be African-American? Not necessarily, Mexican might be the way to go in current times. The settle on a Mexican woman at an ICE detention centre with a baby. Her husband is now in prison. In order to help her husband, the woman must decide if she should avoid the warden’s advances or ignore them.

The cringe factor is high during this whole interaction, but also funny. Yes funny, especially to me, when I see the Latina/Latinx person join the group and reminds them her family is from Argentina, not Mexico. I often see how in film, and arts in general, producers and other decision-makers often think including a person from a certain group means it is generalizable to all in said group. Latinx/Latino people are not all created equal. The same can be said of anyone who identifies as IBPOC or LGTQ+ for that matter.

In her director’s statement, Gordon states, “I believe it’s absolutely essential to hold a magnifying glass to Hollywood’s representation efforts. It’s the only way to ensure that our stories aren’t co-opted solely for the profit of the gatekeepers. By inviting introspection — in addition to action — we can keep empowerment from becoming tokenism.”

For Your Consideration does great in magnifying the many ‘issues’ with Hollywood/Oscar worthy films and with those with the power to make them. It does not take itself too seriously, either. The writing is smart and implies an understanding of how meta this film is in a way. It is a good look at how much more it takes to create equity and inclusivity. In film, it means showcasing, including and empowering those in all groups asking for fair representation to be part of all aspects of the production process.

I also want to mention the cinematography by Matthew Schroeder. He chooses bright colours to remind us the producers are in sunny California, where the rest of the world seems far away. Visually pleasing while tongue-in-cheek, and a title that matches the many emails we in media get during awards season, there is much to appreciate in this film.

For Your Consideration is now available to watch on Omeleto and Vimeo. 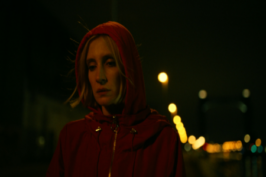