As most of us have learned to cope with uncertainty, one Toronto family offers a new perspective on adversity and joy, as captured by Jamaican-French Canadian filmmaker Maya Annik Bedward.

Why We Fight spotlights the life of Gerdson (aka Sapo) and Lorena, raising their son Nauê who was born with a rare, life-threatening genetic disorder. The family finds strength, community, and comfort in Capoeira, an Afro-Brazilian martial arts practice, brought from their birth country to Toronto.

Through Capoeira, Brazilian cultural traditions, and through the guidance of ancestors and living elders (Nauê’s grandmother is present in the film through video calls home), Sapo and Lorena get the strength to get the most out of each day with Nauê.

Why We Fight focuses on the dynamic of the family itself, as the daily rituals of caring for a special needs child alternately unites and divides Sapo and Lorena.

Bedward’s film is an intimate documentary short whose title is a double entendre, which is why I wanted to learn more about the family, and learn how Bedward’s idea for the film started. The three of them shared some great stories, about Capoeira, and details about making the film. I hope you enjoy our conversation as much as I did.

Why We Fight is available to view online in Canada via the CBC Gem site. It is also available globally on CBC’s YouTube channel. 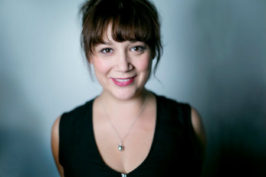 5 Questions With… Mitchell Cushman from Outside The March