The film stars Gabe Nicholson, Michael Daniel, Rachel Johnson & June Peterson and follows the story of a broken family being observed by Sator; a supernatural entity who is attempting to claim them for his own.

Playing with time and space, we first meet Adam (Gabriel Nicholson) in a secluded cabin in the forest. The makeshift home contains no more than a few basics with little more than the decaying remnants of the past. Through the use of family videos we come to understand Adam is part of an already broken family, who has been torn apart by a mysterious death. Adam is languished by dread, it feels. He looks for answers in the forest only to learn that he and his family are not alone. Sator’s insidious presence has been observing the family, subtly influencing all of them for years in an attempt to claim them.

The slow burn, many refer to, in Sator builds the story. It adds to the foreboding energy and mood of the film. Video footage of whom we think is Adam’s grandmother a.k.a. Nani (June Peterson) making contact with Sator makes it a bit sad as well. In actuality, this video footage is of Graham’s own grandmother.

It turns out that for various generation of women in his family, including his grandmother, have claimed to have heard voices. They also claimed they made contact with a mysterious presence by the name of Sator. These so called auditory hallucinations gave reasons for hospitalization. Graham’s mixing of fact and fiction adds another layer to the story. All the layers make for a dark and dar story, in which mental health problems and trauma are addressed through the presence of this unknown entity.

Written, directed and produced over several years, Graham devoted a lot of himself in this film. He also edited, scored and lensed the film. The attention to detail shows in every frame. From his shift between black and white to colour depending on the mood of the scene, to the sound editing, music and props inside the cabin and home, all of these come together for a sensorial experience. In a horror/genre film, atmosphere/ambiance is everything… depending on you who talk to.

Speaking of ambiance/atmosphere, I want to highlight the great visuals like the greens of the forest, and the interior of the cabin lit by candlelight with all the shadow play. As well, I cannot leave out the sound design. The whispering voices, wind blowing, and of course the lack of sound – silence – all of which combine to make Sator more of sensory experience for me.

I would not recommend anyone watch Sator alone by candlelight like I did. I will recommend that you go in without expectations. It is an eerie and engrossing film that will evoke various emotions. Sator may not appeal to every horror (genre) fan given its slow pace. If you are willing to sit with it, however, it may surprise you.

Sator is now available to watch on iTunes/AppleTV, Amazon, Google Play, and Microsoft. 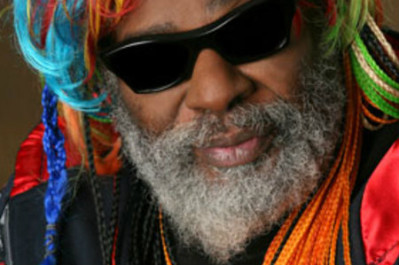