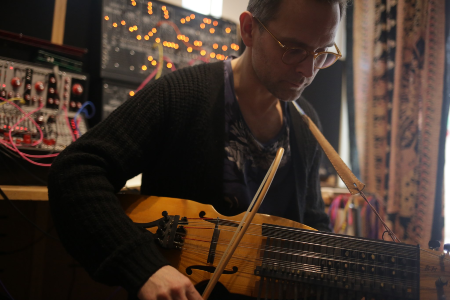 Uno Helmersson is an award-winning Swedish composer and multi-instrumentalist whose credits include the worldwide hit TV series The Bridge, which was broadcast in more than 100 territories and won him a Golden FIPA Award.

Awarded and nominated for his music, with over 70 composer credits on IMDB and more than 800 registered compositions on his rights society, he is among the top composers for film in the northern part of Europe.

In FLEE, the Grand Jury Prize winner at this year’s Sundance Festival, filmmaker Jonas Poher Rasmussen tells a poignant story of belonging and the search for identity. Amin’s life has been defined by his past and a secret he’s kept for over 20 years. Forced to leave his home country of Afghanistan as a young child with his mother and siblings, Amin now grapples with how his past will affect his future in Denmark and the life he is building with his soon-to-be husband. Told brilliantly through the use of animation to protect his identity, Amin looks back over his life, opening up for the first time about his past, his trauma, the truth about his family, and his acceptance of his own sexuality.

A graduate of the Royal Academy of Music in Stockholm, Uno will be releasing five albums this year, some of which he’s been honing for the last twelve months.

His debut album, FIRST, is an eleven-track collection with each composition inspired by a moment in Helmersson’s life or something specific: a book, a film, or simply a sound.

Unbeknown to me, I had been listening to Uno’s compositions for some time. I have enjoyed The Bridge, The Painter and the Thief, and now FLEE. Uno was kind enough to sit with me and talk about the influences for his work, as well as his current and future projects. Hope you enjoy our conversation.