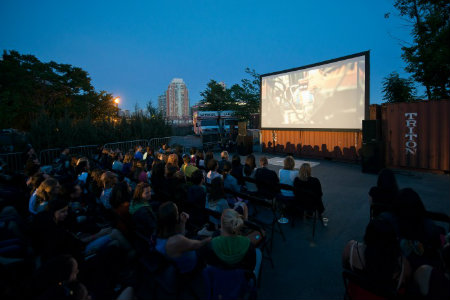 Toronto’s Open Roof Festival (ORF), celebrating indie film and music, returns for its 8thseason, kicking-off on June 27, 2017, with screenings every Tuesday for 10 weeks. ORF will once again return to 99 Sudbury, offering guests an intimate and accessible experience.

This year ORF will be partnering with Toben Food by Design for an ever-changing food menu from their food truck, which you can enjoy with a refreshing beer from the festival’s long-standing partner, Amsterdam Brewery.

ORF has become one of the hottest evening events in Toronto as it offers us an al fresco take on cinema from across the world, paired with live music by emerging artists.

This year’s line up is quite exciting. I encourage you to attend as many of the screenings and concerts as you can. If time is limited, I give you my personal Top 5 Picks to help make your choices.

Toronto glam-pop band Blonde Elvis, led by former Young Mother front-person Jesse James Laderoute kicks off the evening followed by a screening of romantic black comedy horror-thriller film The Bad Batch. Winner of the Special Jury Prize at the 2016 Venice Film Festival and by the director of A Girl Walks Home Alone at Night (Ana Lily Amirpour), the film is a dystopian love story set in a Texas wasteland where society’s outcasts all live together. When a young woman (Suki Waterhouse) is captured by a band of cannibals, she soon discovers that being good or bad mostly depends on who you’re standing next to. The film also stars Jim Carrey, Keanu Reeves, Jason Momoa and Giovanni Ribisi.

Local Toronto band Park Eddy, will get the party started with their unique style of blues, rock and soul featuring Chloé Watkinson, Alan Zemaitis, Giordan Postorino, Andrew Pacheco and Lowell Whitty. Then, first teased at a secret midnight screening at the 2016 Sundance Film Festival and at 99% fresh on Rotten Tomatoes, Get Out is what Variety describes as “Guess Who’s Coming To Dinner” meets “The Stepford Wives.” Chris (Daniel Kaluuya) and his girlfriend, Rose (Allison Williams), have reached the meet-the-parents milestone of dating so she invites him for a weekend getaway upstate to meet her parents. At first, Chris reads the family’s overly accommodating behaviour as nervous attempts to deal with their daughter’s interracial relationship, but as the weekend progresses, a series of increasingly disturbing discoveries lead him to a truth that he never could have imagined.

Local singer-songwriter Liam Titcomb will kick off the evening. The night continues with a screening of the feature documentary Rumble: The Indians Who Rocked the World. The film tells the story of a profound, essential, and, until now, missing chapter in the history of American music: the Indigenous influence. Featuring music icons Charley Patton, Mildred Bailey, Link Wray, Jimi Hendrix, Jesse Ed Davis, Buffy Sainte-Marie, Robbie Robertson, Randy Castillo, and others.

The evening starts off with music from Language Arts, which ranges from beckoning choruses with bright hooks to meandering, lyrical sagas. Next up is a screening of mystery horror thriller It Comes at Night from award-winning filmmaker Trey Edward Shults. Secure within a desolate home as an unnatural threat terrorizes the world, a man (Joel Edgerton) has established a tenuous domestic order with his wife and son, but this will soon be put to test when a desperate young family arrives seeking refuge.

The closing night of the 2017 ORF season kicks off with a solo set by Born Ruffians singer and guitarist Luke Lalonde. From there, Lalonde makes his acting debut in Sundowners, the latest feature from Toronto-based filmmaker, Pavan Moondi who also wrote and directed Diamond Tongues. Filming weddings is a thankless job, so when Alex (Phil Hanley) and Justin (Luke Lalonde) get the chance to shoot a destination wedding in Mexico, they take the opportunity to escape their sheltered lives – but with their boss Tom (Tim Heidecker) playing fast and loose with the details, they’ll be lucky to even find it.

I have seen a couple of the films listed here. Get Out is one that I have been recommending to friends and fans of thriller films without a second thought. It is smartly written and very timely. Rumble: The Indians Who Rocked The World is also a stand-out from this year’s Hot Docs Canadian International Documentary Festival. It is a film that will appeal to more than just music fans.

ORF tickets are on sale now for $15 each and can be purchased online. For full ORF film listings and musical guests, please go to OpenRoofFestival.com. 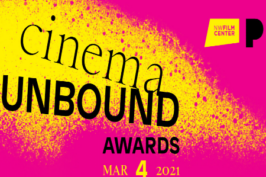