A lover of storytelling, an advocate for Mother Nature, and a modern-day renaissance girl – Keilani Elizabeth Rose, is an award-winning, classically trained actor and dancer, a model & spokesperson for companies including Walt Disney, Olay & Sportchek, and a popular radio & nightclub DJ.

Keilani was crowned Miss Asia in 2016 and currently splits her time between Vancouver and LA. She is originally from the Lheidli T’enneh Territory – what is colonially known as Prince George, BC, Canada.

I was pleasantly surprised to see Leilani in a film I reviewed recently, The Sinners. She has been fairly busy with feature film, short film and television work.

Keilani graciously accepted to virtually sit down with me to discuss her career trajectory, her body of work, and future projects. 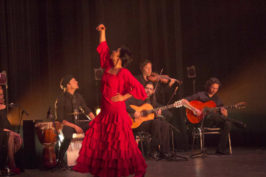