The team from The Blood In The Snow Canadian Film Festival (BITS) previously announced this year’s full festival line up. With many filmmakers and very special guest actress Tristan Risk in attendance, the festival will showcase 8 features and 15 short films this year.

With some of the screenings already sold out, it is time I list my picks for you to make your choices and get your tix! In no particular order, I herein suggest…

Friday, November 27th
9:30 pm – Night Cries – Dir. Andrew Cymek
After his world crumbles, Joseph will stop at nothing to find his wife while battling demons, psychopaths, and the ruler of this new apocalypse… a warlord known only as The Hat.

Saturday, November 28th
4:00 pm – The Dark Stranger – Dir. Chris Trebilcock
Haunted by a terrifying spirit out of her graphic novel, a young artist struggles to overcome her psychosis before it destroys her.

9:30 pm – Save Yourself – Dir. Ryan M. Andrews
Five female filmmakers en route to screen their new horror film in Los Angeles, experience their own real life terror when they cross paths with deranged scientist hellbent on using them for his mysterious experiments.

Sunday, November 29th
2:00 pm – She Who Must Burn – Dir. Larry Kent
The Baarkers, a family group of religious fanatics who believe they are God’s chosen ones, polarize a town and force it’s residents to fight for their lives as their zeal turns murderous and the rule of law decays into brutish mob mentality.

4:00 pm – White Raven – Dir. Andrew Moxham
Four men head into the remote woods on an annual camping trip. As one of them gradually loses his mind, the weekend of fun takes a turn for the worse and the other three must fight for their lives.

7:00 pm – Bite – Dir. Chad Archibald
While on her bachelorette party getaway, Casey, the bride to be, gets a seemingly harmless bite from an unknown insect. After returning home with cold feet, Casey tries to call off her wedding but before she’s able to, she starts exhibiting insect like traits. Between her physical transformation and her wedding anxiety, Casey succumbs to her new instincts and begins creating a hive that not only houses her translucent eggs, but feeds on the flesh of others. As her transformation becomes complete, Casey discovers that everything can change with a single bite.

Each film screening is preceded by a short film. For my fellow short film fans, there is also the BITS Short Film Showcase on Saturday, November 28th, 7pm. All screenings are held at the Carlton Cinema. Individual tickets are $11 Advance ($13 at the Door). For full festival listings, box office and schedule, go to bloodinthesnow.ca. Time For The 2017 Next Stage Theatre Festival 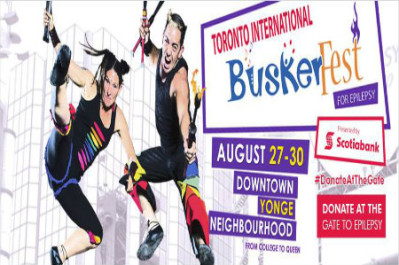 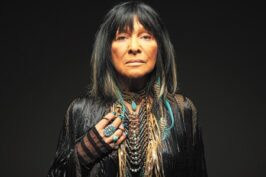