Toronto’s One Little Goat Theatre Company has been awarded an Ontario Trillium Foundation Grant to perform the company’s first play for young audiences in 40 Model Schools for Inner Cities. The company makes its theatre-for-young-audiences debut with PLAY: A (Mini) History of Theatre for Kids, a new work written and directed by Artistic Director Adam Seelig.

PLAY introduces elementary school children to dramatic material rarely, if ever, performed for them. “Of the 1,500 school kids we have already performed for,” Seelig comments, “I’ve noticed that while Antigone is intense, the children are very focused and engaged; even though Noh is complex, they grasp it; and if 20th-century modernism seems bizarre to us, they love it. Elementary school students have few preconceptions, so they’re open to these wonderful dramatic moments we perform for them. My hope is that PLAY, like the first performances I saw in my school’s gym growing up, will spark a lifelong love of the arts.”

PLAY also addresses important childhood issues. The excerpt from the Greek tragedy Antigone shows the courage it takes to oppose tyranny, or bullying. Another issue addressed by PLAY, not explicitly but implicitly, is gender equality, by representing an equal number of male and female characters.

PLAY has its public premiere at this year’s Book Bash Canadian Children’s Literature Festival, hosted by the Toronto Public Library at the International Festival of Authors this weekend. I personally recommend all works by One Little Goat. PLAY is sure to entertain and teach kids and those new to theatre. 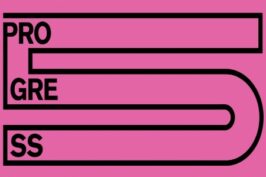