Widely considered Shakespeare’s best, and a personal favourite, Groundling Theatre Company‘s Lear tells the story of an aging queen who decides to change her will and make it public h will on the day of her youngest daughter’s engagement. Her actions are that of a woman who is starting to lose grip on her power, as well as, her mind.

Seana McKenna, in the title role begins strong-minded and strong-willed, as she asks her three daughters Goneril (Deborah Hay), Regan (Diana Donnelly) and Cordelia (Mercedes Morris), who indeed loves her most. Their answers will indicate how much of Lear’s wealth and love they each receive. Both Goneril and Regan boast to love Lear most with false compliments, which Lear’s ego accepts as truth. True to her honest nature, Cordelia refuses to utter a word as her true love of her mother should not be questioned. At what Lear thinks a betrayal from Cordelia, she banishes the young woman to marry off the Prince of France without any wealth and worse, without her mother’s love.

Lear’s closets friends the Earl of Gloucester (Jim Mezon) and the Earl of Kent (Kevin Hanchard) plead with her to think twice about her actions. Lear will hear none of this. Lear’s actions set forth a range of betrayals, violent acts, and her own decent into (what many call) ‘madness’.

As the play continues, Lear realizes she has made a wrong move in banishing Cordelia. Goneril and Regan start to undermine the little authority that Lear still holds. Since Lear has no more power nor control of her state, she decides to wander out into nature in the middle of a storm. A mother wounded by her daughters is painful to watch…

Around the same time we learn Gloucester’s illegitimate son, Edmund (Alex McCooeye), tricks him into believing that his legitimate son, Edgar (Antoine Yared), is trying to kill him. Fleeing the manhunt that his father has sent for him, Edgar disguises himself as a beggar and calls himself “Poor Tom.” Like Lear, Edgar heads out onto the storm. The rest is a bittersweet story that I’d much rather recommend you see play out on-stage.

Switching the title role with a female actor makes Lear a very powerful story. The bond between mothers and daughters is a complex and strong one. Watching McKenna embody a strong woman, who is easily betrayed by her own flesh and blood is heart wrenching. Without giving much away, towards the end of the play McKenna’s heartache and cries made me shiver and eyes water.

Through the course of the production, I was also thoroughly impressed by Hanchard’s stage presence. When on-stage with McKenna or Mezon, they would make each other’s performance so much the better. The entire cast is outstanding. Colin Mochrie as the Fool actually worked out well — not overdone with great line delivery. My exception to this strong cast is Morris as Cordelia. Although I understand she was trying to play her character as strong to her convictions, I just did not believe her. This may be just me, so let’s leave it at that.

The live music composed by Gerge Meanwell and performed by Graham Hargrove also enhance the story as it unfolds. Outstanding set, light, and costume design work well together to make Lear a very strong, and memorable production. Kudos all around.

Lear continues at the Harbourfront Centre Theatre until Sunday, January 28. Do not miss this! For advance tickets, click here. 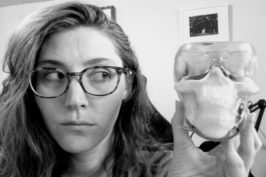