Elter has been recognized for his work as a playwright and performer with two Sterling Awards for Métis Mutt and several other nominations for outstanding performances. His career as a stand-up comic has taken him across Western Canada. He is a core member of the ukulele rock band sensation, The Be Arthurs. Elter is also a writer, star, and co-executive producer for APTN’s CAUTION: May Contain Nuts, and Delmer and Marta.

With this great list of accomplishments, this is a perfect time to get to know Elter and this one-man performance piece.

HM : I read that Métis Mutt, began as a short 8 minute piece at NextFest 2001, and from there it has evolved onto a one-man show. Can speak about the evolution of the piece since its inception in 2001?

Sheldon Elter: Métis Mutt first began as a short 8min piece at the NextFest emerging artist festival in Edmonton in 2000. The piece was well received, and I spent the summer after my grad year from Grant MacEwan College’s Theatre Arts Program developing the full length one man show with my instructor and mentor, Ken Brown, which performed again at NextFest. We decided to try it out the Edmonton Fringe the same summer, and the show was a hit… From there it toured to Ottawa, Nova Scotia, Northwest Territories, and the Yukon. I [also] did a high school adaptation with Azimuth Theatre’s Artistic Director, Chris Craddock, and toured it to high schools, reserves and Métis Settlements throughout Alberta. It also played at the Auckland, New Zealand’s AK03 Festival in 2003. It came back to Edmonton the same year at Theatre Networks Live At The Roxy the same year. From there, it slowly became a more simplified, stripped down motivational speaking tool that toured to rural high schools, reserves and settlements throughout Alberta. In 2012, it appeared at The Talking Stick Festival… and again in Kitchener with MT Space Theatre in 2015. I really thought I was ready to put the show to bed, and let some other young Indigenous artists tell my story. In Kitchener, I was approached by Native Earth Performing Arts Artistic Director, Ryan Cunningham. When he discovered the show had never been performed for Toronto audiences, he asked if I would like to bring the show to his theatre. I agreed, if I could only bring a new, refreshed, and reimagined version. He agreed! I am hoping that Toronto will love the new projection design from media designer, Erin Gruberb. We also have even more new sound design from genius, Aaron Macri, and new set and lighting design from the multitalented stage manager, Tessa Stamp, all under the amazing directorial eye and gift for storytelling, Ron Jenkins.

HM: Have the elements of storytelling, stand-up comedy, and music always been part of the piece?

SE: From the beginning, I wanted audience to have the full scope of who I am as an artist. My early stand -up career was very pivotal in the mold of my artistry. It was also the catalyst for my change and realization of the power of my own words that forced me to re-evaluate my choices.

HM: Given you play all roles in Métis Mutt, how do you prepare to tell such an emotional piece year after year… In other words, what inspires you to keep sharing this story?

SE: This is a very hard piece to continue to do. Just when I think I have dealt with all of life’s big ups and downs, I’m thrust into reliving and invoking many of my own hardships and have to face them once again. However, a good storyteller finds a balance of their own story’s catharsis and skill to deliver that story to its audiences without their catharsis getting in the way of the audiences. By telling the truth to the best of my ability, the audience should be able to relate to me despite race, gender, age or class, but through human truth. That’s what I hope to achieve.

HM: In a time for Truth and Reconciliation, how do you see Métis Mutt as a means to educate and expand the dialogue of Métis and Indigenous experiences in Canada?

SE: In regards to Truth and Reconciliation, I never went to a residential school and can’t speak to that experience. In my immediate relations, my father, step father, aunts and uncles, and grandparents all did. I hope that audiences can see through my own unique, Indigenous experience, that despite generational trauma from a legacy of demoralizing issues like residential schools, dislocation, isolation, etc., we can take responsibility for our own actions and overcome all odds. 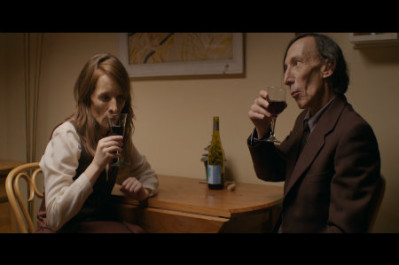