Although Sara has been quite busy on-stage and on-screen, she is always looking forward to the next opportunity that comes her way. In the midst of a busy schedule, Sara graciously took part in my 5 Questions With… series to talk about her career trajectory thus far.

HM: I read you initially studied English Lit in University instead of Drama, but acting was always a calling for you. Could you please share how an audition and being cast in a role in Stratford got your start in an acting career?

Sara Farb (SF): My acting career actually started when I was nine, when I got cast in the world premiere of the musical Jane Eyre for Mirvish. I did a lot of theatre as a kid and through high school, but yeah, I thought balancing out the things I knew would be a good idea, so I got an English degree. Throughout my time at university, though, I was performing a lot. Stratford came along around what I thought was the end of my acting career – I’d been having some trouble getting cast in things I wanted –  and it was beginning to feel not worth it. So, I tried to distance myself from theatre and focus on copy editing, but theatre gigs started popping up more until Stratford finally came calling.

HM: Your career has taken off since that initial role at Stratford. Would you mind talking about some of your favourite characters you have portrayed?

SF: At Stratford, I was lucky to be able to play many different kinds of people. My favourites are Mary in Kate Hennig’s The Virgin Trial and The Last Wife because I had a hand in creating that part. And since Sondheim’s passing, I’ve been thinking how fortunate I was to play Petra in A Little Night Music.

HM: Speaking of characters… How or what helps you prepare for a role, be it for on-screen or on-stage work?

SF: I try to be as familiar with the material as possible and connect it to a place that feels genuine.

HM: I also read that you still like writing. How does having other skill sets help you move forward in your career as an actor or otherwise?

SF: Especially in writing, acting has helped me understand what sounds best coming out of people’s mouths. So when I write a script, I try to imagine what it might be like to speak a line, and if it doesn’t feel natural, I change it.

HM: I believe you will appear in Mirvish’s production of Harry Potter and the Cursed Child in the new year. Sounds very fun and exciting! Any details about the production you could share with us?

SF: I’ll be playing Delphini Diggory, Cedric Diggory’s cousin. I had the pleasure of playing the part on Broadway, and it’s a thrill. The whole show is incredible and being a part of it again, in my hometown, will be great.

While waiting for the premiere of Harry Potter and the Cursed Child in Toronto, you can catch more of Sara’s versatility in the virtual edition of The Musical Stage Company’s UNCOVERED: the Music of Dolly Parton available to stream until December 11, 2021.

Single tickets for UNCOVERED: the Music of Dolly Parton are $35 (one ticket per household). There is a group rate for multiple households and there’s a pre-show party add-on option plus catering and delivery options as well! All of the ticketing information can be found via The Musical Stage Company’s website. 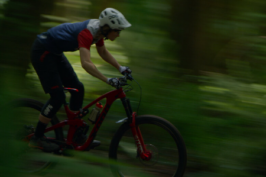