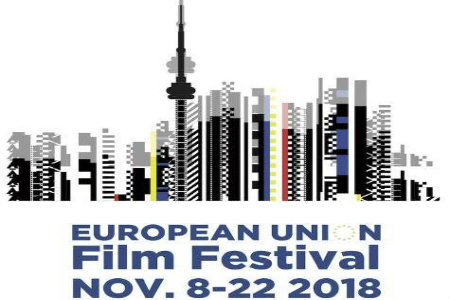 The European Union Film Festival (EUFF) has returned to Toronto with a wide variety of films – currently screening at the Royal Cinema until November 22nd. Award winning films will make their debut at the festival, representing a rare opportunity to see these movies on the big screen. With genres spanning drama, comedy, romance and more, there is something for everyone at the EUFF.

This year’s EUFF line up is quite varied and it includes films for all tastes. I’ve compiled a personal picks list for your reference.

The idea of having to spend Christmas alone prompts recently separated Helena to join best friend Ulli on a farmhouse getaway for the holiday. Their hosts, a young urban couple with a small daughter, trying their hand at organic farming are facing their own challenges adjusting to country life. A third guest, Oiva, is also escaping to the country for Christmas which will turn out quite different from everyone’s expectations.

Based on the best-selling autobiographical “requiem novel” by one of the country’s most renowned writers, A.F.Th. van der Heijden, this warm and understanding drama explores the lives of the Amsterdam novelist and his wife after the death of their 21-year-old son, Tonio. Cutting back and forth between vignettes from the boy’s life, the shock of his sudden biking accident, and their coming to grips with the loss, van der Oest movingly conveys the parents’ fathomless sadness and profound powerlessness.

Based on Bodas de sangre by Federico García Lorca, tells the story of a love triangle between two men and a woman. Two lovers carried away by their passion defying all moral and social rules even challenging their own judgment. The same day of her wedding, the bride and her lover escape on horseback to live their love. Their disobedience will have devastating consequences.

Octave, an 80-year-old man, returns to his childhood property in the country to sell it. As he wanders through the dusty rooms, the apparition of his childhood sweetheart triggers a rewind to the life-changing events from his youth: the rowdy meals with his brother and sisters, the children’s pranks, his first childhood love, the lessons in life from his musician father…

After a minor incident in her village, nine-year-old Shula is exiled to a travelling witch camp where she is told that if she tries to escape she will be transformed into a goat. As she navigates through her new life with her fellow witches and a government official who espouses her, exploiting her innocence for his own gain, she must decide whether to accept her fate or risk the consequences of seeking freedom.

*I have seen this film. It is such a beautiful story that stays with you after the film ends. Highly recommend it.

The film takes us to Rococo Vienna and the remarkably talented blind Pianist Maria Theresia Paradis, who is torn between her extraordinary musical talent and her desire to live the life of an ordinary young woman within the rules of a rigid Society.

If you want to secure a seat at any of the EUFF screenings, you can book in advance online. Advance Reservation: $10 donation (all service fees included). General Admission remains FREE to all films. Entrance on a First Come, First Serve Basis.