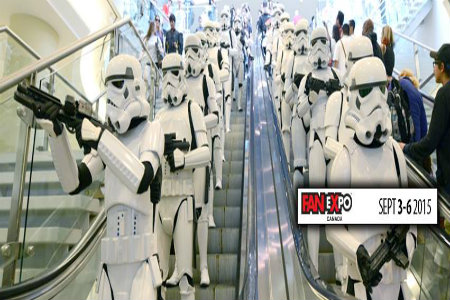 Fan Expo™ Canada announced a new group of celebrity guests last week. This year, organizers expect 140,000 fans to come through the doors to experience the best in comics, sci-fi, horror, anime and gaming from September 3-6.

The mecca of pop-culture will return to the Metro Toronto Convention Centre Labour Day Weekend with many celebrity sightings including Hogwarts alumni Tom Felton, Bonnie Wright and James and Oliver Phelps; Jason Momoa who is set to star as ‘Aquaman’ in the highly anticipated Batman v Superman: Dawn of Justice, and badass action star Danny Trejo among other big name guests.

“Bringing in celebrity guests to participate in panels, cast reunions and autograph signings is a really exciting part of our show and we expect our fans will be very happy with this year’s line-up,” said Fan Expo™ HQ Show Director Andrew Moyes.

As in previous years, the all-ages event will be packed with autographs, photo sessions and Q&A panels with celebrity guests, sketch duels, cosplay, workshops such as special effects/make-up, and retail and exhibitor areas bursting with rare comics and collectibles as well as the latest nerd-wear and tech-gear.