The world is not kind to Emily (Aubrey Plaza) whose financial stress and past criminal record do nothing but get in the way of her moving forward in life.

Emily is riddled with student debt and unable to get a ‘decent’ job market because of her minor criminal record – she was dealing with an abusive boyfriend.

Within the first few minutes of the film, we see Emily trying to get through a job interview that quickly turns her off from going through the process. It really reminds us of how grinding looking for a job can be for many.

Desperate for income and tired of the creditors’ calls, Emily takes a hustle job as a “dummy shopper,” buying goods with stolen credit cards supplied by a nice looking and charismatic middleman named Youcef (Theo Rossi). Frustrated with her catering job that does not pay enough and another failed job interview, thanks to the condecending attitude from a narrow minded middle-aged woman (Gina Gershon), Emily decides to go for the quick cash option instead, and becomes more and more interested in her mentor Youcef.

After some close calls and Youcef’s losing a large amount of money, they hatch a plan to bring their business to the next level in Los Angeles.

Written and directed by John Patton Ford, EMILY THE CRIMINAL showcases Aubrey’s versatility and screen presence. Rossi is cast well as co-star and sidekick to Emily’s hustle. Cinematography by Jeff Bierman works well in evoking the moodiness of the film with cool tones.

The film starts off fairly strong and holds our attention for its entirety. The ending, however, seems a bit rushed and almost too good to be true for Emily. Nonetheless, it does not take away much from the film. EMILY THE CRIMINAL is an interesting look at a very valid struggle in current times, that of managing student debt and wanting to move forward with one’s life. 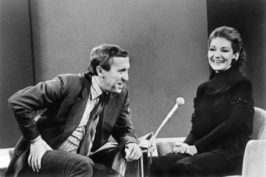