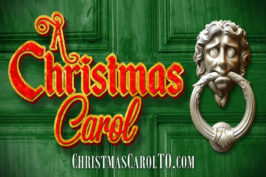 The Three Ships Collective & Soup Can Theatre: A CHRISTMAS CAROL