I had the opportunity to attend a screening of ALL QUIET ON THE WESTER FRONT at the festival. It is the latest version of Erich Maria Remarque’s novel of the same name. It is also the first German adaptation of this story.

The film stars Felix Kammerer, Daniel Brühl, Albrecht Schuch alongside a strong supporting ensemble cast. It is set in the last years for WWI and follows the life of a young German solder who enlists with this friends only to find out the harsh reality of war. One of the best adaptations in my opinion.

Bertelmann has worked with Berger in the past. Thus, it is no surprise he was appraoched to create one of his most experimental scores in ALL QUIET ON THE WESTERN FRONT. Bertelmann was allowed space to create a score that is different and extreme. The music was recorded by the London Contemporary Orchestra and features themes of war, longing for life, and innocence.

I had the pleasure to speak with Bertelmann while he was in Berlin promoting his work. I leave you with our conversation and encourage you to watch this film on a big screen, if at all possible. 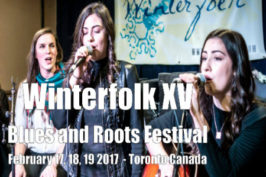